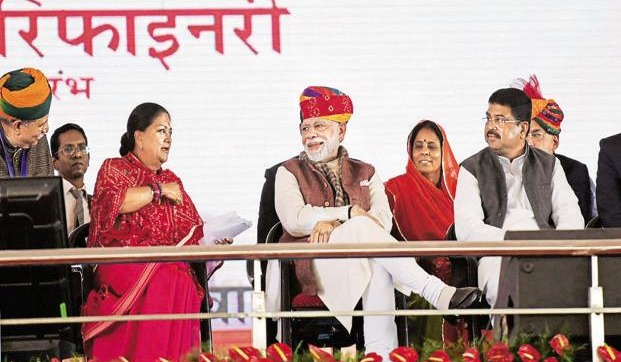 Exhibiting his main characteristics of taking credit for others’ work, Prime Minister Narendra Modi once again re-launched a project, already launched by the Congress four years ago.

Yesterday in Rajasthan, PM Modi relaunched the Barmer refinery, which was actually launched by the then Congress president and UPA chairperson Sonia Gandhi four years back.

The foundation of the project was laid down on September 22, 2013 by Sonia Gandhi, along with former Minister of Petroleum and Natural Gas Minister of Corporate Affairs and Minister of Power Veerappa Moily and former Rajasthan chief minister Ashok Gehlot.

Last week, the Congress had severely criticised the state government for re-laying the foundation stone of the refinery, as reported by The National Herald.

The Congress also alleged that it was violation of the model code of conduct, as date of the by-elections for two Lok Sabha seats and for one assembly seat has already been announced.

Well, this is not the first time that the BJP and Modi have indulged in the game of re-naming, re-launching and re-inaugurating UPA schemes.

Earlier also, they renamed various schemes of the UPA government, and posed them as new policies being introduced by them.

The creative below shows how it is very right to term the BJP government as the ‘Rename Sarkar’. 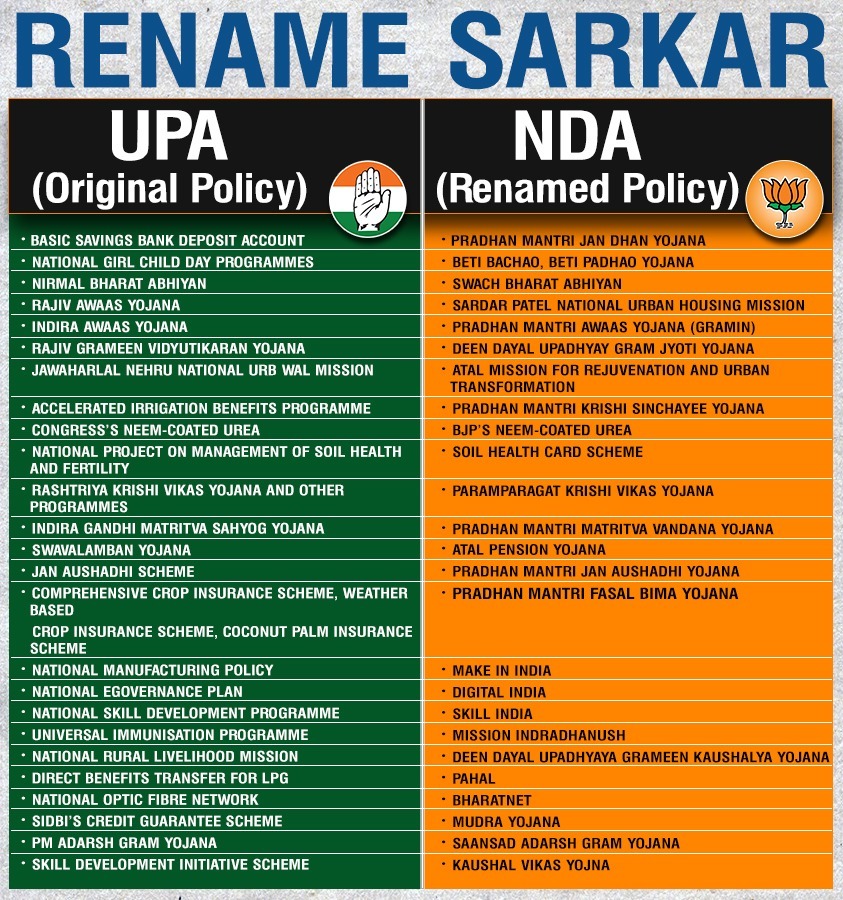