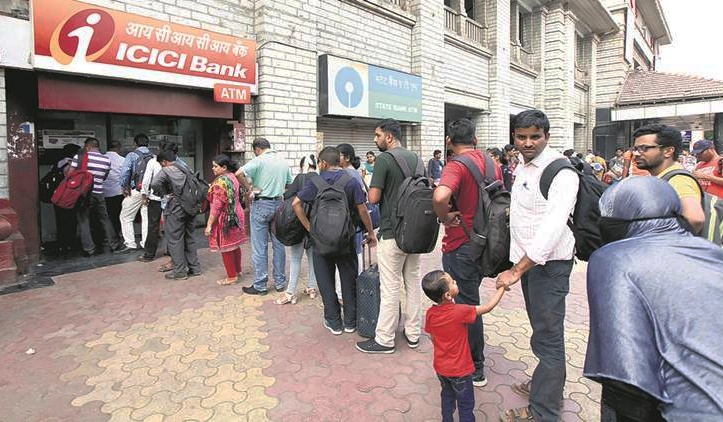 America’s bilateral trade deficit with four major countries, including India, narrowed in the first three quarters of 2017 as compared to the previous year, the US administration on Thursday said in a report, according to which India’s growth has slowed due to the effects of its structural economic reforms.

The Economic Report of the President (ERP) that shows a path for continued growth and paints a rosy picture for the American economy, alleges that countries, including India and Brazil – both General Agreement on Tariffs and Trade (GATT) signatories since 1948 – have been far less open, preserving high bound rates and avoiding universal binding coverage.

“Growth in India has slowed due to the effects of its structural economic reforms. India’s demonetisation of large-denomination notes in November 2016 invalidated 86 per cent of the cash in circulation in an economy where more than 90 per cent of transactions were cash-based,” it said.

“The introduction in July 2017 of a single, countrywide sales tax replaced a vast number of different state and local tax rates, and has created short-term uncertainty,” the report noted.

According to country-sourced statistics provided to the IMF, NPLs as a share of all loans (i.e. NPL slippage ratio) in India stood at 9.7 per cent in the third quarter of 2017, compared with 1.7 per cent in China (IMF 2017).

“NPLs have increased at an alarming rate in recent years, with the current NPL slippage ratio in India almost double that in FY 2014/15 (IMF 2017b). Public sector banks, with the State Bank of India as a leading example, account for the lion’s share of NPLs in the banking sector,” it said.

The Reserve Bank of India predicts that gross NPLs as a proportion of all loans will increase to 10.8 per cent in the first quarter of 2018, and to 11. 1 per cent by September 2018.

“However, the stress of India’s banking sector may be ameliorated in the future, given that the government recently announced a USD 32.4 billion package to recapitalise publicly- owned banks,” the report said.

Noting that India has been the most frequent user of anti-dumping measures, the White House said delays in the approval of agricultural products derived from biotechnology in China, the EU, India, and other countries result in increased market uncertainty among technology providers, farmers, and traders of US corn, soy, cotton, and alfalfa”leading to reduced exports of these products.

The Trump administration also blamed India for not implementing the WTO ruling on poultry.

“India has failed to revise its requirements for poultry in a manner that would allow for US imports, and the case continues to be litigated in the WTO,” it said.

“Since 2007, India has restricted various US agricultural products, including poultry meat, eggs, and live pigs, supposedly to prevent the entry of avian influenza into India,” the report said.

The US has maintained that no scientific basis supports the ban.

In March 2012, the US initiated a WTO dispute by requesting consultations with India.

In emerging and developing economies, such as Brazil, China, India, Russia, and certain other countries in Africa, Asia, and Latin America, strengthening the external environment continues to help output growth recover.

“There are, however, certain risks to future growth. As monetary policy normalises with higher interest rates in advanced economies, emerging and developing economies could face an outflow of capital,” it said.

“Financial stability risks are also increasing due to the increase in nonperforming loans on the private sector balance sheets of two of the biggest and fastest-growing emerging market economies – China and India. Credit growth in China has arguably also become excessive, as it continues to shift from growth led by exports and investment to an economy led by internal demand,” it said.