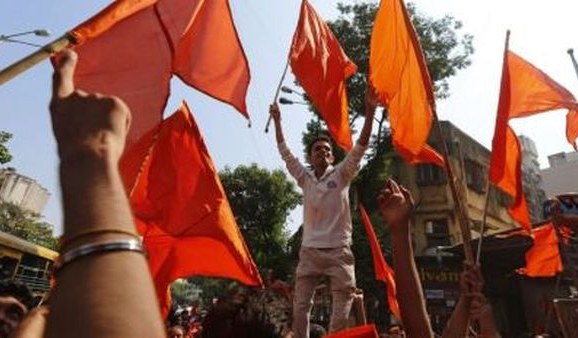 According to an annual report of Amnesty International, several incidents of lynching of Muslims have sparked outrage over the rising wave of Islamophobia under the Hindu nationalist government in India.

The report further added, “… but despite protest demonstrations, the government did little to show that it disapproved of the violence”.

The yearly publication highlighted the deteriorating state of human rights in the country and across the world.

The report covers 159 countries, providing a comprehensive overview of the human rights scenario in the world.

The report also did not step back from taking potshots at the Indian judiciary, noting that several rulings delivered by the Indian courts “undermined human rights”.

Read what the Amnesty report said on the following:

Dozens of hate crimes against Muslims took place across the country. At least 10 Muslim men were lynched and many injured by vigilante cow protection groups, many of which seemed to operate with the support of members of the ruling Bharatiya Janata Party (BJP). Some arrests were made, but no convictions were reported.

A special investigation team set up in 2015 to reinvestigate closed cases related to the 1984 Sikh massacre closed 241 cases and filed charges in 12 others.

In March, mobs carried out with impunity a string of racist attacks against black African students in Greater Noida, Uttar Pradesh.

Official statistics released in November stated that more than 40,000 crimes against Scheduled Castes were reported in 2016. Several incidents were reported of members of dominant castes attacking Dalits for accessing public and social spaces for perceived caste transgressions.

In May, two Dalit men were killed, several injured, and dozens of Dalit homes burned by dominant caste men in Saharanpur, Uttar Pradesh, following a clash between members of the communities.

Activists said that at least 90 Dalits employed as manual scavengers died during the year while cleaning sewers, despite the practice being prohibited. Many of those killed were illegally employed by government agencies.

Journalists and press freedom came under increasing attack. In September, journalist Gauri Lankesh, an outspoken critic of Hindu nationalism and the caste system, was shot dead outside her home in Bengaluru by unidentified gunmen. The same month, journalist Shantanu Bhowmick was beaten to death near Agartala while covering violent political clashes. In September, photojournalist Kamran Yousuf was arrested in J&K for allegedly instigating people to throw stones at security forces, under a law which does not meet international human rights standards. In November, journalist Sudip Datta Bhowmik was shot dead, allegedly by a paramilitary force member, at a paramilitary camp near Agartala. In December, a French film-maker conducting research for a documentary on the Kashmir conflict was detained for three days in J&K, allegedly for violating visa regulations.

Over 6,500 crimes were committed against Scheduled Tribes in 2016. Indigenous Adivasi communities continued to face displacement by industrial projects. The government acquired land for coal mining under a special law without seeking the free, prior and informed consent of Adivasis.

In September, activists protested against the inauguration of the Sardar Sarovar dam in Gujarat, saying that some 40,000 displaced families, including many Adivasi families, had not received adequate reparation.

In April, eight people were killed by security forces, some of them by the use of excessive force, following protests during a by-election for a parliamentary seat. One voter, Farooq Ahmad Dar, was beaten by army personnel, strapped to the front of an army jeep and driven around for over five hours, seemingly as a warning to protesters.

In July, the Supreme Court refused to reopen 215 cases in which over 700 members of the Kashmiri Pandit community were killed in J&K in 1989, citing the passage of time.

In November, the State Human Rights Commission repeated a directive issued to the state government in 2011 to investigate over 2,000 unmarked graves.

An estimated 40,000 Rohingya people in India were at risk of mass expulsion. They included more than 16,000 who were recognized as refugees by UNHCR, the UN refugee agency. In August, the Home Ministry wrote to state governments asking them to identify “illegal immigrants”, including Rohingya. In September, the Ministry said that all Rohingya in India were “illegal immigrants”, and claimed to have evidence that some Rohingya had ties to terrorist organizations.

TORTURE AND OTHER ILL-TREATMENT

Between January and August, 894 deaths in judicial custody and 74 deaths in police custody were recorded. In February, Uma Bharti, a central government minister, said she had ordered rape suspects to be tortured when she was Chief Minister of Madhya Pradesh.

In September, during India’s UN UPR process before the UN Human Rights Council, the government accepted for the third-time recommendations to ratify the UN Convention against Torture, which it signed in 1997. India’s Law Commission released a report in October recommending that the government ratify the Convention and enact a law criminalizing torture.

Over 338,000 crimes against women were registered in 2016, including over 110,000 cases of violence by husbands and relatives. Responding to petitions in courts seeking to criminalize marital rape, the central government stated that doing so would “destabilize the institution of marriage”.

In July, the Supreme Court banned the practice of triple talaq (Islamic instant divorce), declaring that it was arbitrary and unconstitutional. However, in other cases, court rulings undermined women’s autonomy. In August, the Supreme Court weakened a law enacted to protect women from violence in their marriages, by requiring that complaints be initially assessed by civil society “family welfare committees”.

Several rape survivors, including girls, approached courts for permission to terminate pregnancies over 20 weeks, as required under Indian law. Courts approved some abortions, but refused others.

Over 106,000 cases of violence against children were reported in 2016. In June, India ratified two key ILO conventions on child labour. Activists remained critical of amendments to child labour laws which allowed children to work in family enterprises.

According to national survey data released in March, nearly 36% of children aged below five were underweight, and more than 38% were short for their age.

Although India’s Supreme Court banned the practice of triple talaq (Islamic instant divorce), other court rulings undermined women’s autonomy. The Supreme Court weakened a law enacted to protect women from violence in marriage. Several rape survivors, including girls, approached the courts for permission to terminate pregnancies over 20 weeks, as required under Indian law; although courts approved some abortions, they refused others. The central government instructed states to set up permanent medical boards to decide such cases promptly.