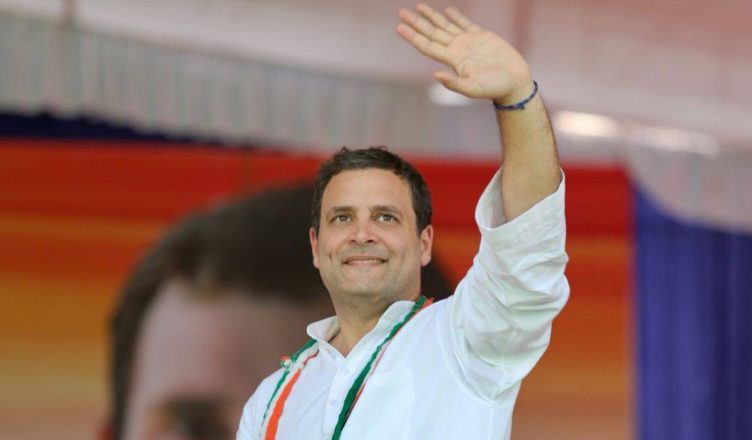 Praising spiritual leader Guru Basavanna, Congress President Rahul Gandhi on Saturday said that the grand old party in Karnataka truly imbibes the philosophy of Basavanna’s teachings that is “follow what you preach”.

Praising the party’s administration in the state, Gandhi said for the last 5 years in Karnataka, Congress party has given a clean administration.

“We have developed rapidly and most importantly we haven’t made any fake. We have delivered on what we promised. Our ‘Kaam ki baat’ is for the farmers, labourers, youth and women,” said Rahul Gandhi while addressing a gathering at Athani, Karnataka.

Hitting out at Prime Minister Narendra Modi over the recent scams, the Congress chief questioned the latter’s silence once again.

“Modi ji did not even utter a single word about the Rafale deal. A scam of Rs 22,000 crore takes place. Nirav Modi runs away with a bank’s money worth Rs 22,000 crore and Modi ji says ‘will take action’. First, tell us, how did Modi swindled Rs. 22,000 crore from the bank?” Gandhi said.

Furthering his attack on the Prime Minister, Gandhi said, “Modiji had promised to 15 lakh rupees in every person’s bank account, and had promised to give employment to 2 crore youth every year. Was Modiji able to achieve it?”

Quoting Basavanna lines, Gandhi said, “Basavanna said, “Do not harm”. And today under Modi government atrocities against Dalits, Adivasis and minorities are on the rise”.

Rahul Gandhi has been witnessed campaigning aggressively for his party in the upcoming Karnataka elections.

The Karnataka Legislative Assembly election will be held in April-May 2018 to elect members of the 224 constituencies in Karnataka.