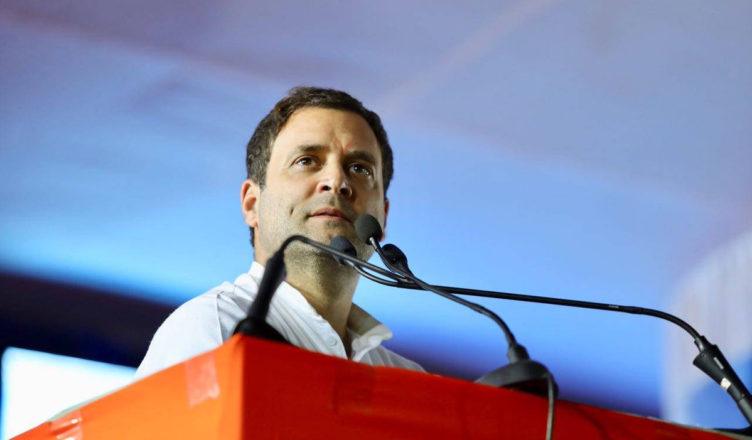 Congress President Rahul Gandhi on Sunday targeted Prime Minister Narendra Modi over the Rs. 11,400 PNB scam and questioned as to why was the latter, who had described himself as the country’s “chowkidar”, silent on the scam.

“Modi ji comes to Karnataka and speaks about corruption. He had told the country not to make him prime minister but make him the chowkidar (watchman) of the country,” Gandhi said.

“Nirav Modi has indulged in the theft of Rs 22,000 crore, he runs away from the country, but the chowkidar of this country does not even utter a word,” he added.

He also hit out at PM Modi for not taking any action against BJP president Amit Shah’s son Jay Shah, whose company saw an alleged sudden increase in turnover.

“Shah’s son converts Rs 50,000 to Rs 80 crore in three months and the chowkidar of the country doesn’t get it inquired and doesn’t even utter a word,” he said.

The Congress chief also took potshots at Prime Minister Modi over demonetisation and said, “Modi ji told the country to stand in line (queues at banks) for the fight against corruption. You would have not seen a single rich person or someone wearing suit-boot in the line.”

He also alleged that all the “thieves” in India had converted their black money into white with the help of Modi.

He also accused PM Modi of “failing” to fulfil the election promise of providing two crore jobs to youths in the country every year.

Gandhi also said despite schemes such as Make in India, Start-up India and Stand-up India, “whatever you buy, from watches to shirts to shoes, everything is Made in China”.

This is Rahul Gandhi’s second visit to the state in less than a fortnight.

Karnataka is slated to go to polls in a few months.