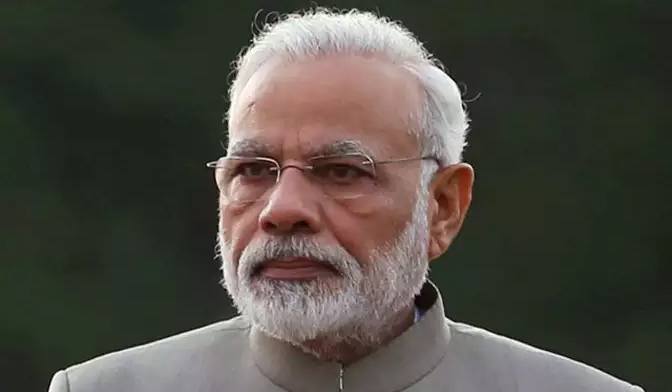 As I look at it, this is a climb-down for Modi. The man who used to often say “70 years after Independence” is now counting it was 48. What is the mathematics? What are the optics? Here are my two cents.

48 years = 17 years under Nehru + 14 years under Indira Gandhi + 5 years under Rajiv Gandhi + and 10 years under Manmohan Singh (what Modi calls “remote control” government). It actually is 46, but again, this is Modi.

So, in May, the Modi government is finishing 48 months, or 4 years. Even his harshest critics could NOT have imagined such a lacklustre performance. Be it the economy, be it job creation, agri distress, foreign policy, Pakistan policy, Modi government’s report card looks very bad. There is no singular achievement that he can claim as his own.

This explains why this government looks at doing something “BIG”. Like Demonetisation and the publicisation of surgical strikes (like this was the first time such strikes were ever carried out).

Demonetisation, I think, was carried out with no economic logic, or thinking, but instead it was driven by a sheer desire to do something. What does “do something” mean? Optics, optics, and optics. Modi is a better events manager than he is a politician. His strategy in the final year of his government is to keep people distracted, and to attempt to sell them even bigger dreams. To counter his incumbency, he needs a larger incumbency. So he has narrowed his focus to only the Nehru-Gandhi dynasty which governed India for the best part of time after Independence. Therefore, he is giving out an appeal for anti-Congressism to spread. By doing this, he is attempting to fade into the shadows his own government’s incompetence.

Another reason why he sees the Congress a formidable challenge is because of what happened in Gujarat and also the Rajasthan bypolls.

In Karnataka, the BJP is fighting an uphill battle despite the 5 years of incumbency of the Congress. Rajasthan, they will most probably lose. And the Congress also looks likely to retain Meghalaya. Analysts are already calling 2014 the black swan elections results that are impossible to repeat. We will not talk about the accuracy of that claim. But it is safe to say that Rahul Gandhi’s approval ratings as the tough contender to the throne in 2019 have improved. Owing to some great effort he put in Gujarat and a timely social media up-scaling, it is increasingly looking like a Rahul vs Modi contest, with allies coagulating around respective parties.

Given the way Modi spurned some of his allies, it is established that he is hard to work with. Rahul Gandhi on the other hand seems to be far more accommodating.

Also, he is fresh, and untested. The Indian public is looking at him closely, and with every virulent attack he launches against Modi, it does seem to me that the scales are tilting. To what degree, we will see. But for Modi to attach the burden of 48 years on the Congress of today, or indirectly on Rahul is a clever political distraction.

It is untrue, for sure. But it saves Modi the trouble of having to defend his 48 months. He is trying to look like the victim again here (no surprises!), whereas he is the one who is the defender of the throne. I expect Modi to follow this line and narrative, and couple it with more virulent religious polarisation. Expect a Babri Masjid conversation to pop up on the national narrative soon.