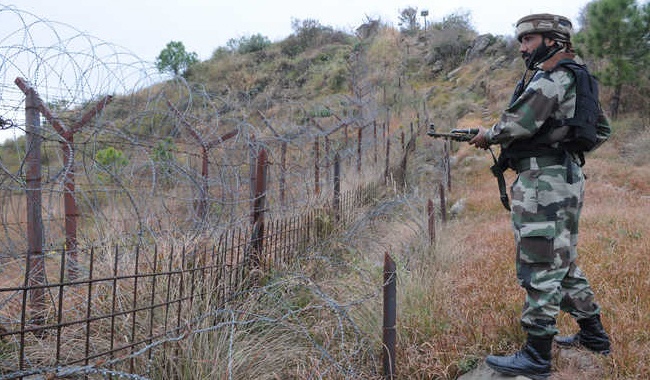 The Pakistani Army on Saturday resorted to heavy shelling on the Line of Control (LoC).

Around 11 am on Saturday, the loudspeaker of mosques from across the LoC made an announcement asking the people living in the eight villages of Haji Pir sector near this side of the LoC to quickly leave the area.

The announcement created panic among the residents, and they made a rushed beeline for nearby villages to save their lives.

Residents of border area of Haji Pir sector in Uri’s Baramullah district had to flee to nearby villages amid a rat-a-tat of machine guns and heavy mortal shelling by Pakistan.

“Barely 40 minutes after the announcement, Pakistani Army resorted to heavy shelling. While many of us were able to flee before the firing started, some got trapped in their homes who were later rescued by the local administration” said Irshad Ahmad Chalkoo of Silikote village.

The firing which continued for around six hours, forced hundreds of residents of Silikote, Tilwari, Churanda, Balakote, Hathlanga and other border villages of Haji Pir sector to take refuge in a Higher Secondary school in Uri town.

It is after a huge gap of 15 years that Pakistan has resorted to such heavy shelling in the Uri sector.

However, our Indian Army retaliated with full strength and no loss to property or life was reported.

According to a report presented on the floor of the house, there was a 230% increase in ceasefire violations along LoC this year compared to 2016.

Pakistan violated ceasefire 881 times along the LoC and International Border in Jammu and Kashmir in 2017.

One thought on “India unsafe under Modi: Biggest ceasefire violation by Pakistan since 2003”