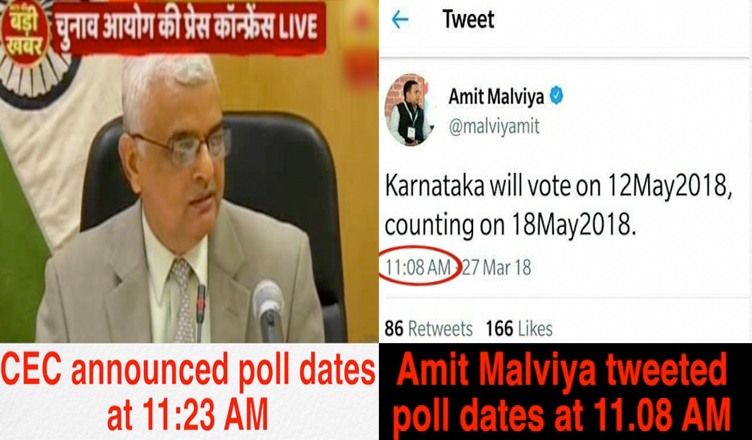 Even before the Election Commission (EC) could announce the dates for Karnataka Assembly Elections 2018, Bharatiya Janata Party (BJP) national information and technology in-charge Amit Malviya tweeted informing the date of the election and the counting day as well. Isn’t that weird that something as confidential as election date was informed about even before the Chief Election Commissioner (CEC) could announce it. Realising that it would bring a huge backlash for the BJP, Malviya immediately deleted the tweet, but he forgot that it is social media and it is tough to undo something.

We took a screenshot of his now deleted tweet which shows that he tweeted it at 11:08 a.m. However, the Election Commission (EC) announced about the dates at 11:16 a.m.  Meanwhile, Twitterati questioned Malviya as to how could he know that dates even before the EC announced it, to which Malviya’s nervous response was to watch an English channel flashing the same. It is clear that he knew he has committed a blunder and was finding it very difficult to cover it up. 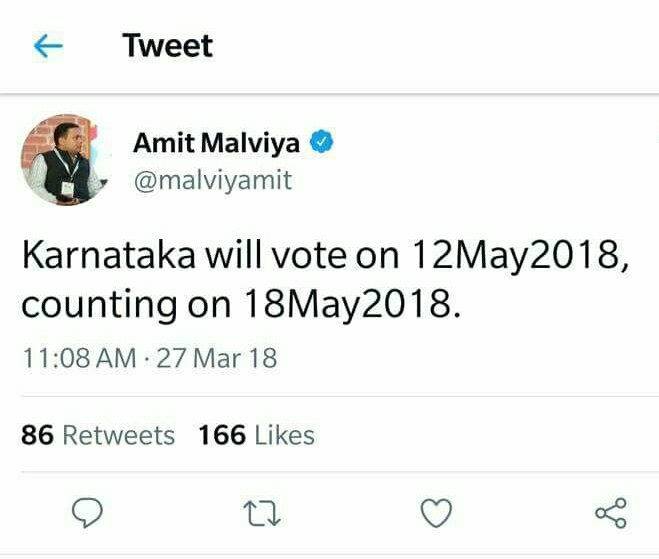 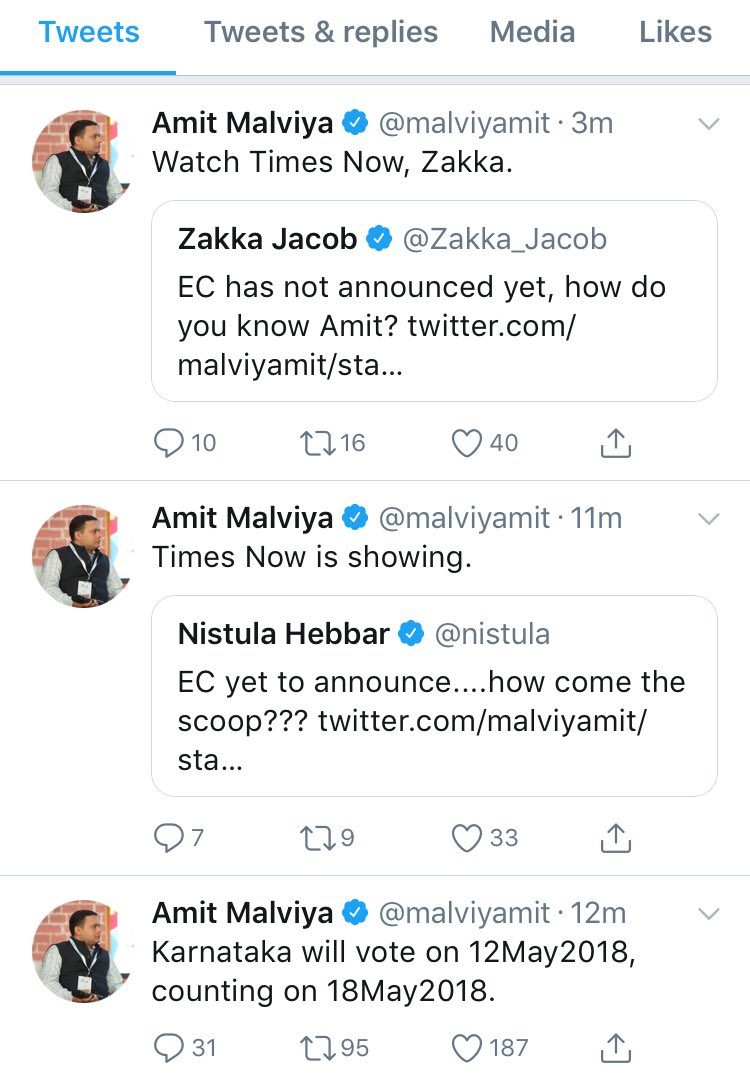 The larger question which arises is that is the EC a puppet in the hands of BJP or is working in collusion with it to ensure that BJP experiences victory in Karnataka, just like it did in other states, by false means and fraudulent activities.

Karnataka Elections is a crucial one for both, Congress and BJP. While, for Congress, it is its stronghold and a major state it needs to remain in power, for BJP, the state is important to pave its way down the south. It is to be seen who people will vote for, for right or wrong, truth or lie, achievements or jumlas.