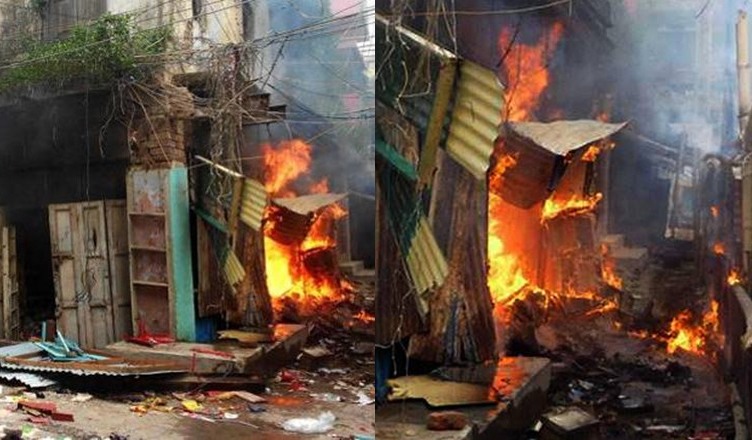 As in the communal violence that struck West Bengal’s Asansol was not enough to create communal discord, that Bihar’a Nawada was also gripped by communal tension on Friday. After a religious idol was damaged in the town, protest erupted and led to violent clashes between two communities. The mob displayed anger by damaging vehicles, torching shops and even pelting stones at police. The situation is under control now, but additional security forces have deployed to avoid any more untoward incidents.

The Nawada seat is represented by Union Minister Giriraj Singh, and what is to be noted is that, the town was engulfed by communal tension last year also. In the past week, Bihar has seen a number of communal clashes during Ram Navami processions, starting from Aurangabad, Samastipur, Munger, Nalanda, Sheikhpura, Gaya, and now, Nawada.

Nitish Kumar and BJP government in Bihar has proven to be inefficient in handling the violence. On the contrary, the incidents have violence have only increased since the time they came to power in 2017.

Even today West Bengal’s Asansol is simmering in communal violence which started on Monday during a Ram Navami procession in Raniganj. Several shops were vandalised and houses set ablaze. Though the normalcy has been restored, eeavy police force deployment has been done in the region in order to avoid any further untoward incident.