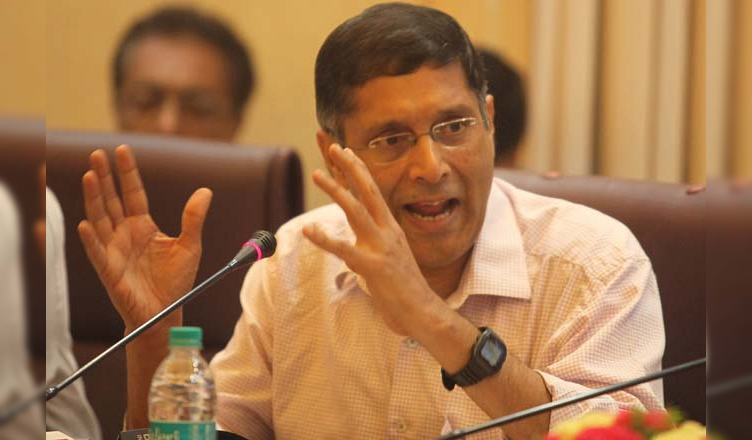 For further simplification of the Goods and Services Tax (GST), the highest 28 percent slab should be removed and there should be a uniform rate of cess, said outgoing Chief Economic Advisor Arvind Subramanian on Wednesday.

“I think the 28 percent rate has to go. The cesses may have to remain, but there should be just one rate on cesses… Today, we have GST rates of zero, 3 percent (for gold), 5 percent, 12 percent, 18 percent and 28 percent. We need to rationalise but I think at the first instance the 28 percent should go,” Subramanian said at the Idea Exchange programme of The Indian Express.

Talking about cesses, Subramanian said that the main thing is about removing the 28 percent slab as the cesses may have to be there due to higher prices of some products.

He further said that in this environment of “stigmatised capitalism”, public sector officials think twice before taking decisions as they fear being questioned or investigated.

As per Subramanian’s report on the “Revenue Neutral Rate and Structure of Rates for the GST”, he suggested a preferred revenue neutral rate of 15 per cent, with two, four, and six per cent rate for precious metals, a low rate of 12 per cent for goods and a standard rate of 16.9, 17.3 and 17.7 per cent and one 40 per cent rate for demerit goods.

Under the present GST regime, there are multiple tax slabs with five categories of zero, 5 percent, 12 percent, 18 percent and 28 percent. 0.25 percent for rough diamonds, precious and, 3 percent for gold and silver are the other 2 GST rates.