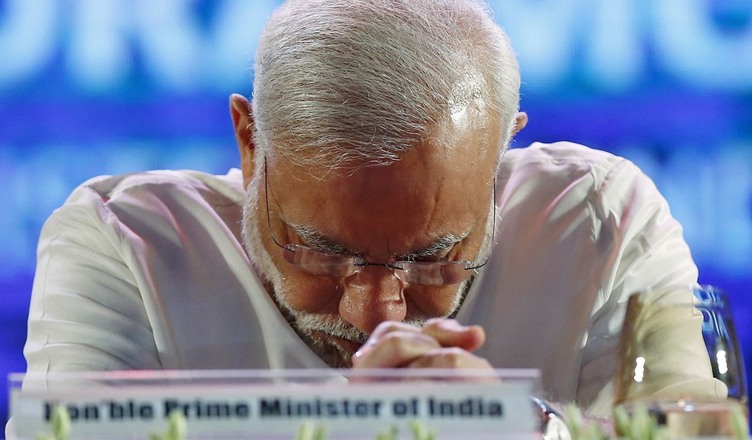 Prime Minister Narendra Modi and history are not even remotely connected. Our Prime Minister has a history of goofing up History and representing distorted facts in front of his audience.

He may have learned the art of oratory, but he definitely fails when it comes to talking about History.

While speaking on the 620th anniversary of Kabir in Uttar Pradesh’s Maghar yesterday, PM Modi said, “It is said that here, Saint Kabir, Guru Nankadeva and Baba Gorakhnath sat together and discussed spirituality”.

As usual, Modi got his history mixed up, because all these three people belonged to different eras.

However, this is not the first instance of him goofing up the Indian History.

Earlier in October 2013, Modi, while addressing a rally in Patna said, Takshashila was in Bihar; it is in Pakistan.

He also said Porus was defeated on the banks of the Ganges; that battle with Alexander never went beyond the Jhelum river in Pakistani Punjab.

In Meerut in 2013, Modi argued that the Congress party had thoroughly devalued India’s first war of independence, which began in Meerut. For his information, the rebellion erupted in 1857 and the Congress Party was formed almost after three decades of the occurrence, in 1885.

Mr. Modi really needs to brush up his knowledge of Indian history, otherwise he will lose that little credibility also he is left with. Or should we say, he does not hold any credibility whatsoever.