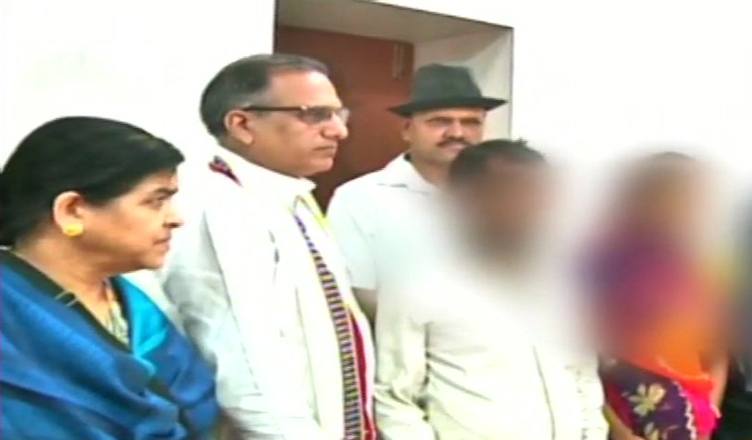 In what can be termed as shocking and insensitive, Bharatiya Janata Party (BJP) MLA Sudarshan Gupta asked the family of the Mandsaur gang-rape victim to thank the party MP for paying a visit to them.

Madhya Pradesh: BJP MLA Sudarshan asks the family of the 8-year-old alleged rape victim to thank BJP MP Sudhir Gupta for visiting them at a hospital in Indore to inquire about victim's condition. (29.06.18) pic.twitter.com/MIxhbZH5N7

The BJP MP, along with party MP Sudhir Gupta reached out to the parents and offered all possible help, but do they think they have done the victim’s family a favour by visiting them?

Instead of being apologetic for the deteriorating law and order situation in the state, they are out there giving brazen and insensitive statements.

A class 2 student was allegedly abducted by a man from outside her school on Tuesday. A day later, the police found the girl in a forest 700 metres away from her school in an unconscious state.

The girl was taken to a hospital in Mandsaur, and from was sent to Indore for better treatment.

Her medical report confirmed rape. The police arrested the main accused, Irfan alias Bhaiyu on Wednesday night, and arrested another person in connection with the same on Friday.

After news spread to the area, people took to the streets to protest. Several Muslim organisations have demanded capital punishment for the accused.

It is unfortunate to see such crimes taking place every day, especially in the BJP-ruled states.

Why can’t the governments there be more vigilant and take stringent actions against perpetrators in order to discourage others from committing crimes.

Stricter actions need to be taken in order to stop such heinous crimes.

Little girls being raped is the last thing a country would want to come in news for. It is shameful on part of the government for failing these little girls and their families.

Above this, such statements coming from government officials show their apathy and insensitiveness towards such crimes.