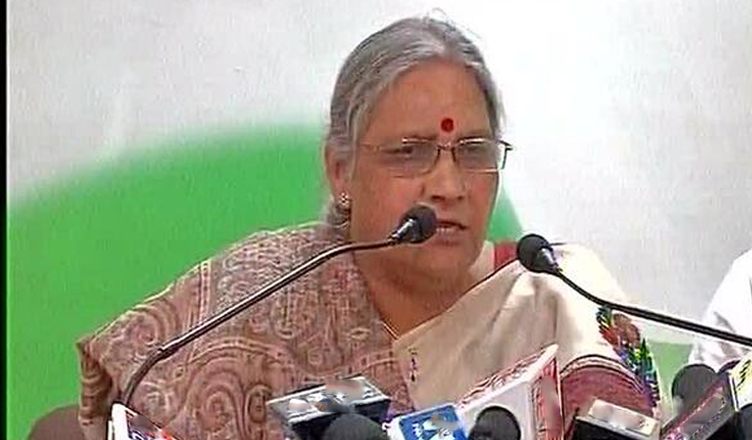 “The BJP is selfish and doing politics in the name of Atal Bihari Vajpayee. Using his name, they are prepping for the 2019 Lok Sabha polls,” said Karuna Shukla in an interview to News18.

A former Lok Sabha MP, Shukla quit BJP after she was denied a ticked by the saffron party in 2014.

She further accused BJP of benefitting from Vajpayee’s name while he was alive and was now using his death for political gains.

During the funeral procession of Vajpayee, PM Modi and Amit Shah walked behind the vehicle for 5 kilometres till Smriti Sthal, to pay their last respects.

To this Shukla responded by saying, “If PM Modi and BJP President Amit Shah can walk for 5 kilometres alongside Atal Bihari Vajpayee’s casket, I request them to tread on his principles as well.”

Chhattisgarh government recently announced that the upcoming capital city of the state, Naya Raipur, will be renamed as Atal Nagar.

“He never named Atal ji in his speeches, gave no importance to him but today they are playing politics over the urn of his ashes. In none of the elections in the last nine years has Raman Singh ever spoken about the work done by Atal ji,” she said.

Shukla further said that people have now understood ‘this face’ of the BJP and will give them answer through their votes.

“Vote is the biggest strength in a democracy. In the upcoming Chhattisgarh elections, the people of the state will give the BJP an apt response through their votes.”