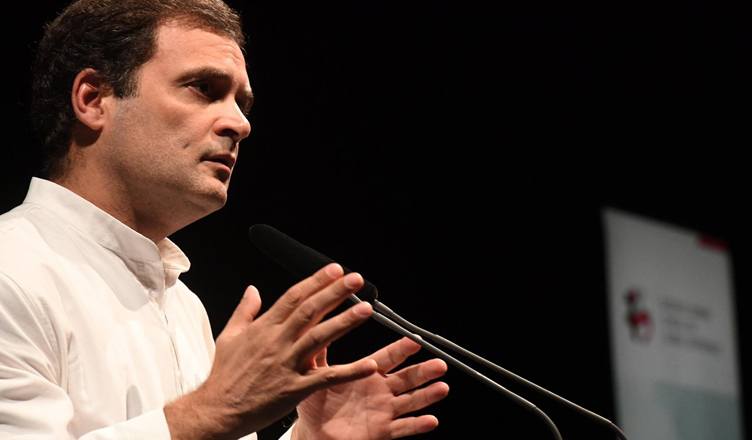 Congress President Rahul Gandhi on Thursday said that the meaning of the term ‘Congress’ is the force that binds the people of India.

“I met some non-Congressis in the crowd here and asked them the meaning of the word ‘Congress’. I answered also. I told them it means whosoever binds the people of India. You might not be part of the organisation of the Congress, but Congress definitely is there in your heart. Our work is to include you in our organisation but you all share the same ideology as ours,” Gandhi said while addressing the Indian Overseas Congress in Berlin.

Highlighting India’s quality of unity in diversity, for which it has been praised since ages the Congress Chief said that he and his party both believe in the same philosophy.

“We believe in Unity in Diversity since the age of Guru Nanak. India’s strength lies in listening to each and every person of the country, be it the weakest person or the poorest. Every Indian, every religion in India has the same philosophy of helping the one standing at the end of queue,” the Gandhi scion said.

Targeting the current BJP government, Gandhi said that the BJP works the other way around and indulges in spreading hatred.

“Congress belongs to everybody and works for everybody. Our work is to spread this philosophy of unity in diversity. The present government in India works the other way around. Long speeches, spreading hatred is what it does. Under their rule, farmers are committing suicide and youth has no direction. On the contrary, our aim is to develop the country and take it forward,” he said.

While concluding his session, Gandhi thanked everybody for being the party’s strength.

“The Congress Party belongs to the people of India and you are the ones who work for us,” he said.

Today, Gandhi will be having interactions at the Institute of Strategic Studies, Parliament and the London School of Economics (LSE).

He will also have a meeting with members of the Labour Party’s Shadow Cabinet and with business leaders later in the day.