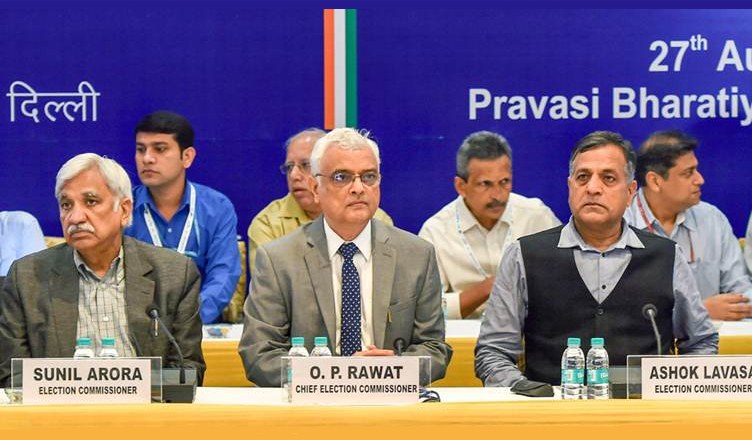 Looks like the Bharatiya Janata Party (BJP) does not want level-playing field during elections that is why it has shown its reluctance towards capping election expenditure. All major parties except the saffron party pushed for a cap on election-related expenses.

An all-party meeting organised by the Election Commission of India (ECI) on Monday was majorly dominated by discussion on the issue of funding of political parties and whether there should be a limit to which a political party can spend during elections.

On one hand, Congress did not object to the capping of expenditure, the BJP, on the other hand, represented by party general secretary Bhupendra Yadav and Union Minister J.P. Nadda, said there should be no cap on election expenditure.

The BJP said that since all political parties have to declare their expenditure in their income tax filings, there should be no cap on the same.

Also read: Hypocrisy in the name of cow

Other political parties such as Janata Dal (Secular) (JD(S)), Aam Aadmi Party (AAP), AIADMK and many others also pushed for a cap on election-related expenses by parties, so that a level playing field during elections is ensured.

The parties were of the view that in the absence of cap the entire election process gets vitiated as the expenditure made by political parties is different, which in return, gives the party with higher spending more chances of winning.

The other issue which was raised during the meeting was that of malfunctioning Electronic Voting Machines (EVMs), the idea of which was again not shared by the BJP.

The parties said that a certain number of Voter Verified Paper Audit Trail (VVPAT) machines that must be audited to strengthen the electoral process.

Congress added to the same issue further by saying that till the time this was not possible, the elections should be conducted via paper ballot.