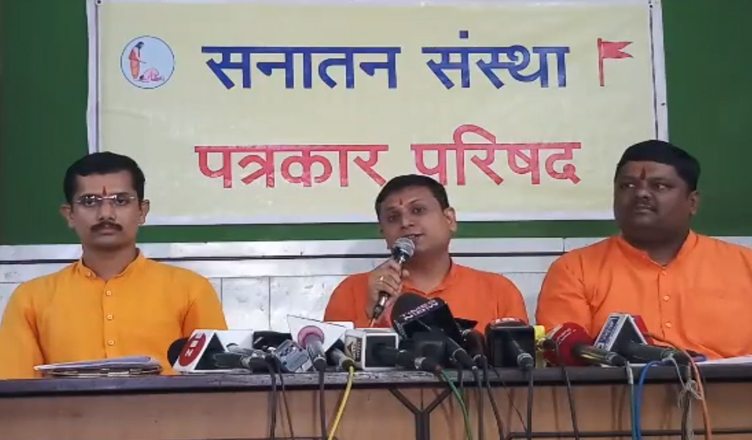 Goa-based outfit, Sanatan Sanstha on Monday demanded to remove the word “secular” from the Constitution. The statement comes amid a debate over banning the radical Hindutva outfit.

The Preamble, through the 42nd Amendment of the Constitution of India, asserts that India is a secular nation.

He further said that because of the term “secular”, Hindus are at a “disadvantage”. The outfit said, “No other country in the world puts its majority at a disadvantage”.

Supporting his argument further he said that former Prime Minister Indira Gandhi enacted the term “secular” at the time of the Emergency due to pressure from various entities, so if there is a provision to add words, the same provisions can be used to remove them as well.

Currently, the organisation is facing massive flak due to its alleged role in terror activities and killings of rationalist such as Narendra Dabholkar and journalist Gauri Lankesh.

A few days back, prominent activists and writers from Goa have demanded a ban on Sanatan Sanstha while condemning the news of a threat to life on Konkani novelist and short story writer Damodar Mauzo.

Mauzo told PTI that the Goa-based right-wing organisation was a “cancer” which should be stopped from spreading in the state.

“The way the Sanatan Sanstha is going about spreading hatred in the society, it should be banned,” The Wire quoted Naik as saying.

Goa Congress president Girish Chodankar also echoed the demand. “The Sanatan Sanstha or any organisation that behaves like an extra-constitutional authority should be banned,” he said.

A group of 50-plus authors from the coastal state, Goa Writers, also issued a statement in support of the Konkani novelist.

Sanatan Sanstha had been named in the murder of intellectuals like M.M. Kalburgi, Govind Pansare, Narendra Dabholkar and Gauri Lankesh.

Recently in June, the Special Investigation Team (SIT) Lankesh murder recovered a diary which had names of several prominent rationalists and noted writers mentioned in it. The SIT claimed that many key targets were on the hit list of the gang involved in the Gauri Lankesh murder. As a result, the security of these rationalists and writers had been tightened.