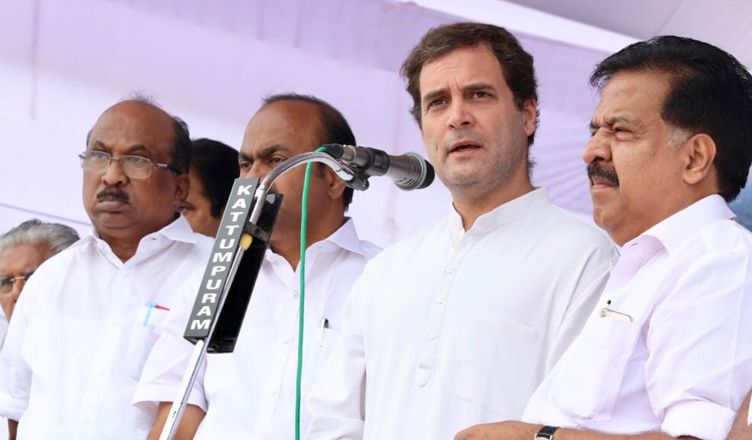 Congress President Rahul Gandhi on Wednesday opined that the National Democratic Alliance (NDA) Government at the Centre should extend more aid and support to flood-battered Kerala.

He further asserted that the Congress Party is doing as much as it can to help the people of Kerala. He said he has instructed his party to help in the relief work and reconstruction of houses.

“I have given clear instructions to the Congress Party that they should help in the reconstruction of houses. Of course, we are not in government so there are certain limitations. But, whatever we can do we will do. I am happy to see Congress active on that front,” he said.

The Congress Chief further said that the compensation of Rs. 10,000 that has been promised should be delivered quickly.

“It’s very important that the government gives this sense to the people that it is going to help rebuild houses, also give a timeline for the same,” he said.

While interacting with media, the Gandhi scion also hinted towards the Opposition unity and that all the opposition parties are united in the battle against those who only support one ideology.

Rahul Gandhi arrived in Kerala on a two-day visit yesterday and spoke to people at relief camps. Kerala witnesses the century’s worst floods with 474 people losing their lives and lakhs of people becoming homeless.