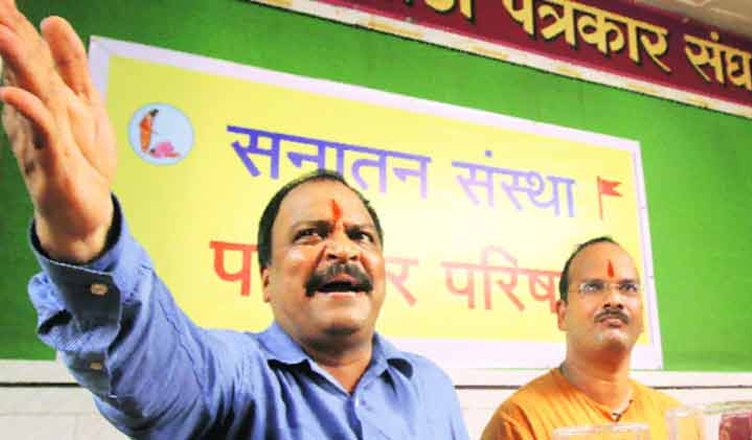 The five recently arrested sympathisers of the Hindu right-wing group Sanatan Sanstha had planned to plant explosives at last year’s Sunburn festival, an annual electronic dance music festival in Pune. This claim was made by the Maharashtra Anti-Terrorism Squad (ATS) on Tuesday in a special court.

The ATS also claimed that two of the accused – Sudhanva Gondhalekar and Vaibhav Raut – planned to plant explosives at the music festival as they believed that the event was “against Hindu culture.”

The five accused were arrested earlier this month from Nalla Sopara in Pune and were sent in ATS custody.

On Tuesday, the four of the five – Sharad Kalaskar, Shrikant Pangarkar, Gondhalekar and Raut – were produced before the court and prosecutors appearing for the ATS sought an extension of their custody. While the fifth accused, Avinash Pawar will be produced in court on August 31, special court judge Sameer Adkar extended their custody by seven days.

The ATS also claimed that the five accused were earlier also involved in terrorist-kind activities. They were involved in throwing petrol bombs outside cinema halls in Maharashtra’s Kalyan district and Karnataka’s Belagavi district for screening the movie ‘Padmaavat.’

The ATS also recovered three motorcycles, one from Nalla Sapora and two from Pune, and believe that one of the three bikes may have been used in the killing of Journalist and activist Gauri Lankesh in Bengaluru in September last year.

Looks like, there is more urgency to protect people from such mischievous elements living within the country than those outside our boundaries.