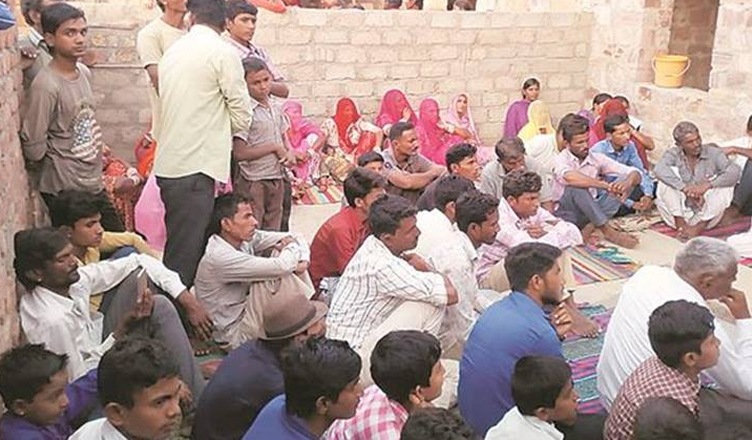 Days after 70 Dalit families were ostracised by upper caste people in Kaludi village, in Rajasthan’s Barmer district, they have moved the court requesting police protection and seeking arrest of the accused.

A Dalit person had filed an FIR against a few members of a Rajpurohit family under the atrocities against Scheduled Caste and Scheduled Tribes Act.

Dinesh aka Dana Ram Meghwal registered a complaint against the Purohit family for ousting Dalit villagers from the village.

It has been alleged that the Rajpurohit family had posted some derogatory remarks on Dalits over social media sites. As a response, an FIR was registered against them under the SC/ST Act. Annoyed by this act of the Dalits, the Rajpurohits compelled 70 Dalit families to leave the village.

A complaint had been registered against 17 members of the Rajpurohit family. An investigation into the matter is on and police force has been deployed in the area to avoid any incident of violence.

According to police, two of the total accused named in the FIR have been arrested so far.

“So far two people have been arrested. The situation in the village is peaceful and we have deployed forces to prevent any untoward incident,” The Indian Express quoted Vikram Singh Bhati, circle officer, Balotra, as saying.

Earlier in June, twenty-four scheduled caste families were forced to leave their village after being allegedly ostracised by the upper castes in Rudrawadi’s Udgir taluka in Maharashtra’s Latur district.

The 24 Matang families left the village after shopkeepers stopped selling them groceries, people from the village stopped employing them on their farms and even, limiting their freedom to move around in the village.

This is a sheer example of discrimination and casteism. It shows how our country has been crippled by the disease of casteism under the present ruling dispensation.

The government should ensure the police take adequate action and that the perpetrators are brought to justice.