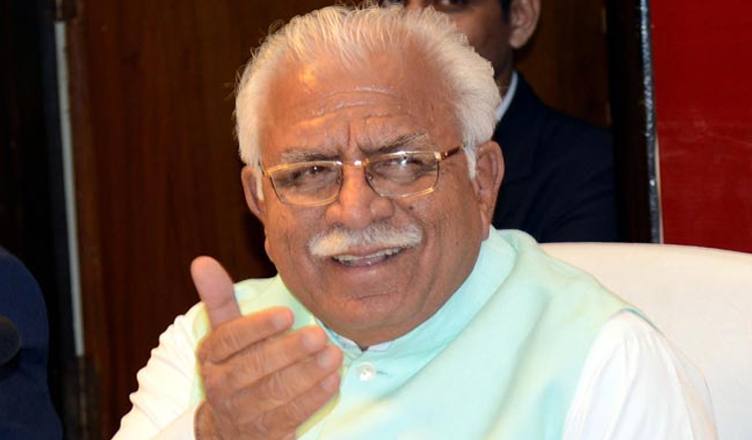 It has been rightly said that ‘with power comes the power of abuse’ and the Manohar Lal Khattar-led Bharatiya Janata Party (BJP) government in Haryana is a perfect example of it.

Why this decision of the BJP is being viewed with suspicion is because senior IAS and IPS officers play a crucial role during elections. Not only do they have powers to crack down misuse of money, liquor and muscle power but they can also effect preventive detentions to ensure orderly conduct of elections in their jurisdiction.

According to The Wire, the issue has been raised by an advocate-journalist from the state, Hemant Kumar. On August 29, the only IAS officer in the Personnel Department to the higher administrative grade despite him not having completed the required number of years in service to be eligible for the same.

According to the promotion guidelines issued by the cadre controlling authority for all the IAS officers in the country, Department of Personnel and Training of the Government of India, in March 2000, an IAS officer would be promoted to the higher administrative grade or to the post of principal secretary rank only after putting in 25 years of service.

IAS officer Anurag Agrawal, promoted by the Haryana government, belongs to the 1994 batch. According to it, he would complete his 25 years of service on December 31, 2018, and would be eligible for promotion only on January 1, 2019, but the government has advanced his promotion by a good four months.

Similarly, six officers of the Indian Police Service were promoted to the rank of Additional Director General of Police (ADGP). None of them has completed their 25 years of service.

As per the guidelines issued by the Home Ministry in 1999, the officers at this level would be eligible for promotion after having completed 26 years of service. However, in July 2010, the number of years was reduced to 25.

All the six IPS officers – Navdeep Singh Virk, Srikant Jadhav, Kala Ramachandran, Anil Kumar Rao, Kuldip Singh Sihag and Paramjit Singh Ahlawat – would complete their 25 years of service on December 31, 2018, but again, they were bestowed with promotion four months before completion of the required number of years.