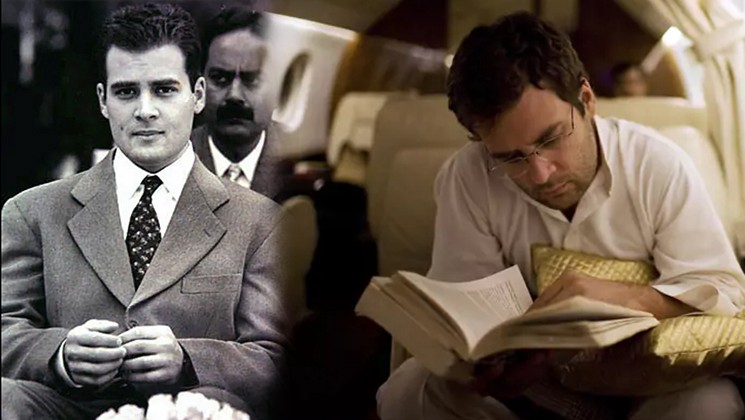 Have you given a thought about one most important factor that Indian politics is missing which is the major reason behind the slow growth of the nation and increasing corruption? The world largest democracy is missing educated leaders in its political from the inception of politics in the nation. Our current Prime Minister has hardly completed his school education yet he somehow managed to gain such high designation, the consequences of which is faced by nation today. Even though Narendra Modi has a vast political experience, Congress President Rahul Gandhi is gaining the attention of the nation for 2019 elections due to his sound educational background and ability to match the pace of changing global scenario. Let’s take a detailed look about Rahul Gandhi education and professional qualification which makes him a reliable leader for India.

Rahul Gandhi was born on 19th June 1970. His belongs from the most powerful political family of the nation. His father Rajeev Gandhi was the Prime Minister of the nation from 1984 to 1991. Her mother also served as the president of Congress party before giving up her responsibilities to Rahul Gandhi.

Rahul Gandhi education begins with some of the prestigious schools of the nation. He went to a well renowned St. Columbia School in Delhi. Later, he took admission in the Doon School at Dehradun, Uttrakhand where he studied from 1981 to 1983. His father Rajeev Gandhi also went to the same school.

After the assassination of her grandmother Indira Gandhi in 1984, Rahul was homeschooled along with his sister Priyanka due to security threats to the Gandhi family by Sikh extremists.

Rahul Gandhi education took place at different colleges. He took admission in St. Stephens College in Delhi in 1989 to pursue his under graduation. His admission in St. Stephens faced some disputes because he was admitted on the basis of his sportsmanship as a pistol shooter. After completing his first-year examinations, he moved to Harvard University in the United States to complete. After his father Rajeev Gandhi’s assassination in an election rally in the year 1991 by Tamil Tigers, Rahul switched college again. This time, he went to Rollins College in Florida due to security reasons. He finally completed his B.A. in the year 1994. Even under those difficult times, Rahul remained strong and completed his education.

The continuous security threats did not stop Rahul Gandhi from pursuing his higher educations. He took admission in the Trinity College of Cambridge University under an alias of Raul Vinci. His identity was kept secret for his own security. His identity was known only to the security agency and few University officials. Rahul completed his M.Phil in 1995 under the stream of Development Studies. Due to hidden identity, some doubts raised against Rahul Gandhi Education at Cambridge during 2004 elections. The University later clarified the doubts.

After completing his M. Phil, Rahul Gandhi started working with a London based management consulting, Monitor Group. He later returns back to India and started his own outsourcing firm in Mumbai which goes by the name of Backops Service PVT Ltd.

This was the detailed layout of Rahul Gandhi Education. Due to his education at leading Colleges and Universities of the world, he gained a lot of insight about international affairs and business tactics which are some of the extremely necessary qualities required in the leader of our country at this particular instance. Due to his educational and professional qualification, he gained a strong position in understanding the global economy and business opportunities which are essential for the development of the nation.