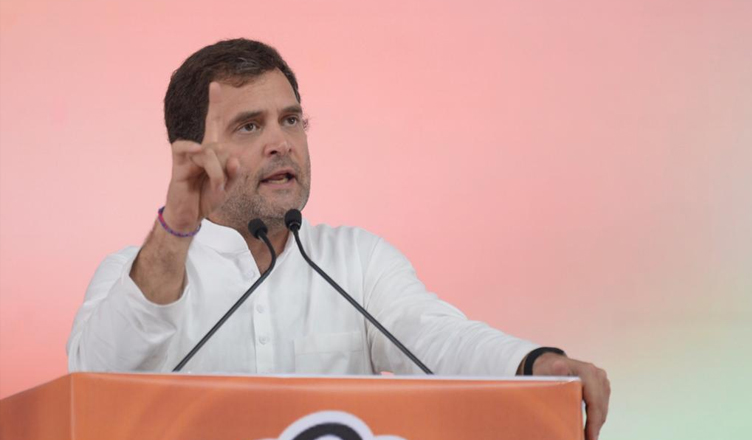 “When four Supreme Court judges came to public, they were trying to give the message that Mr. Modi and Mr. Shah are not letting the Supreme Court function. Why was the CBI Chief removed at midnight? When Supreme Court said that he should be put back, why did Narendra Modi remove him again? Why was the man (Anil Ambani) who had no experience in manufacturing aircrafts was given a contract by snatching it away from HAL, who had 70 years of experience? There is only one answer for this- Prime Minister Modi is corrupt. He removed CBI Chief to ensure that no inquiry is carried against him,” Gandhi said while addressing a booth workers’ convention in Kochi, Kerala.

Stepping up his attack on PM Modi, the Congress Chief further talked about the dismal state of the economy and how a flawed GST broke the backbone of the Indian economy.

“Mr. Modi promised 2 crore jobs, but he creates only 450 in 24 hours. For the last 5 years, he has provided a maximum income guarantee to 15 of his friends. Thousands of young Indians who could’ve got high paid jobs in HAL today have lost the opportunity. No Defence capability is going to be built in India due to Mr. Modi’s actions. Mr. Modi has destroyed the economic backbone of this country, something that  was built carefully by the Congress party. He gave India GST that was fundamentally flawed,” Gandhi said.

Talking about Congress’ achievements in various sectors such as food, jobs, IT, Gandhi said that the Congress Party has always done transformational things for our country.

“When the nation faced a wall of starvation and hunger, Congress party broke that wall with Green Revolution. Within a decade India got food security. White Revolution made India the largest producer of milk in the world. We did it by bringing people together. We did Telecom Revolution, IT Revolution and Liberalisation that transformed our country,” he said.

He also thanked all the booth workers for working so hard for the party as well as talked about the Shakti programme, wherein all our workers can enrol and talk directly with the leadership.

“Today, I would like to honour the booth presidents and party workers, who are the backbone of the Congress party. I want every single Congress worker to feel ‘Ente booth, ente abhimaan, ente party’ (“My booth, my pride, my party”). Congress party belongs to every single one of its members. We have started the Shakti programme, where all our workers can enrol and talk directly with the leadership,” the Gandhi scion said.

One thought on “PM Modi is corrupt: Rahul Gandhi in Kerala”