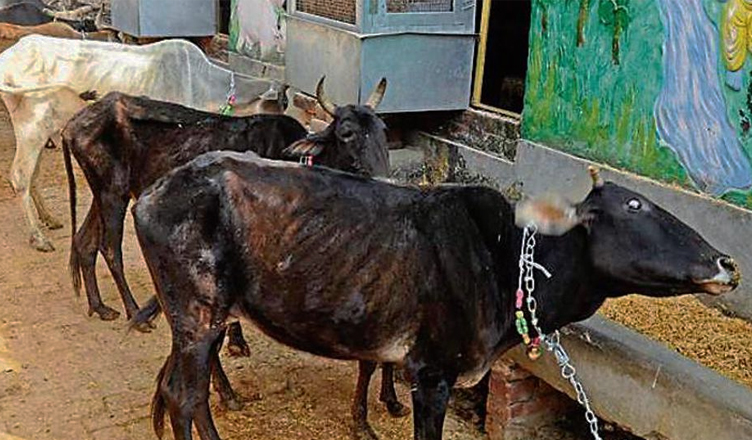 While Uttar Pradesh Chief Minister Yogi Adityanath claims that his government is working towards making the state a cow-welfare state, but a crime such as cattle smuggling is being done right under his nose and he has been unable to do anything about it.

What’s worse is that even the state police has a hand in the same and are playing an active role in enabling smugglers to commit this crime.

According to National Herald, as many as 24 smugglers and at least six policemen have been suspended in recent months for running and or aiding cattle smuggling rackets.

Rahul Mishra’s name, a constable posted at Ramnagar police station of Varanasi, was revealed by a gang of cattle smugglers who were arrested in Chandauli district of UP on September 06. Mishra was suspended and arrested on September 16 for helping the smugglers of west UP to transport cattle from the state to Bangladesh via Bihar and Bengal.

One of the cattle smugglers from the gang revealed that Mishra used to inform them about the movement of police, reported National Herald.

On May 18, four illegal cattle traders were arrested in Lucknow and three trucks loaded with 11 dead and 64 alive cattle were seized from them.

“Cattle smugglers have chalked out a specified route through Bihar and West Bengal heading to Bangladesh with the help of policemen. Trucks full of cattle would be led by a police-jeep, which would give information about the movement of the police. In return, these policemen get anything between ₹4000 to ₹5000 per truck,” a report recently prepared by the Varanasi Police said.

Clearly, the Uttar Pradesh government has failed to curb this ongoing crime, which seems to be committed with the help of the state police. The government should intervene and ensure that this is stopped. Corpus fund for ‘Gau Vansh’ (cow family) and launching several schemes for those who run cow shelter homes in the state is not enough to ensure protection of cows. Something more concrete has to be done to stop this crime of cattle smuggling.

One thought on “UP CM Adityanath ignoring issue of cattle smuggling in state?”