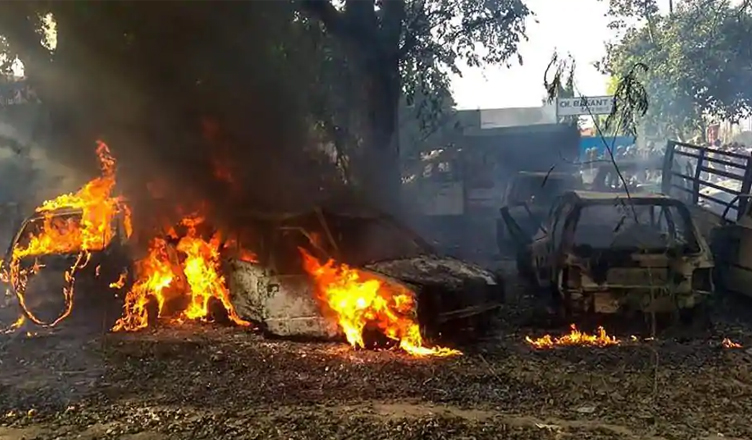 The main accused in the Bulandshahr riot case, Yogesh Raj, was granted bail by the Allahabad High Court on Wednesday.

Yogesh is associated with Bajrang Dal. He was earlier been given bail in the rioting and conspiracy case. This bail was given to him in the sedition case.

On December 3, a riot broke out in Bulandshahr’s Siyana area over an alleged slaughter of 25 cows.

Police officer Subodh Kumar Singh was killed by the mob when the former went to control the violence.

Singh suffered an injury in his head with the stones thrown at them by the mob. While his driver put him into his SUV and drove to take him to hospital, the mob chased the car.

The mob was able to corner the car in a field and shot Singh.

Seven others, charged with violence and rioting, were granted bail on August 24. Outside the district jail, they were garlanded slogans of ‘Jai Shri Ram’ were chanted.

One thought on “Bulandshahr violence case: Key accused gets bail”