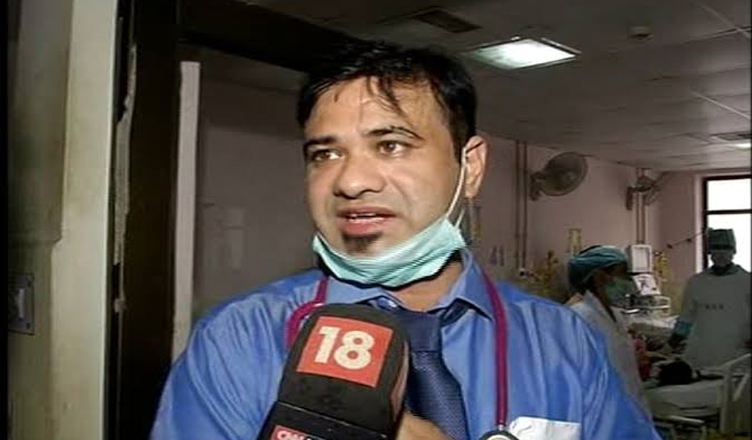 Two years after getting suspended from Gorakhpur’s BRD Medical College and spending almost nine months in prison, a departmental enquiry report has cleared Dr. Kafeel Khan of charges of corruption, medical negligence and not performing his duty to his fullest in the 2017 Gorakhpur children death case, in which over 60 children lost their lives at the hospital due to shortage of oxygen.

“The allegations against the accused are insufficient… Therefore it is submitted that the accused officer is not guilty,” the report, which was handed over to Dr. Kafeel on Thursday, stated.

“Dr. Kafeel was not responsible for the maintenance, tender or payment of the liquid oxygen and further confirmed that there was a shortage of liquid oxygen for 54 hours in BRD medical College from August 10-12,” News 18 quoted the report as saying.

Following the death of 60 children, mostly infants, Khan, who was then posted with pediatrics department, was suspended from BRD Medical College on August 22, 2017. The deaths took place due to lack of oxygen as oxygen suppliers had cut off supply due to non-payment of dues by the hospital.

Later in 2017 only, he was charged with negligence in his duties resulting in a shortage of medical oxygen, culpable homicide, criminal breach of trust and not performing his duty and was arrested.

He remained in prison for almost nine months and was later granted bail from a court. However, he continues to be suspended from the hospital.

“On that fateful day, I did what I could do best, as a doctor, a father and a common Indian. But I was thrown behind bars, vilified by the media, my family was harassed and I was suspended from my job.  I was made the scapegoat for uncovering the administrative failure and put to jail for nine months,” Dr. Kafeel told News 18.

Now that Dr. Kafeel Khan has been absolved of any wrongdoing in the Gorakhpur tragedy, will the Yogi Adityanath-led UP government pin the blame on someone else or finally accept its neglect and role in the death of over 60 children due to lack of oxygen?

One thought on “Gorakhpur children death case: Two years after suspension and 9 months in prison, Dr. Kafeel gets clean chit”