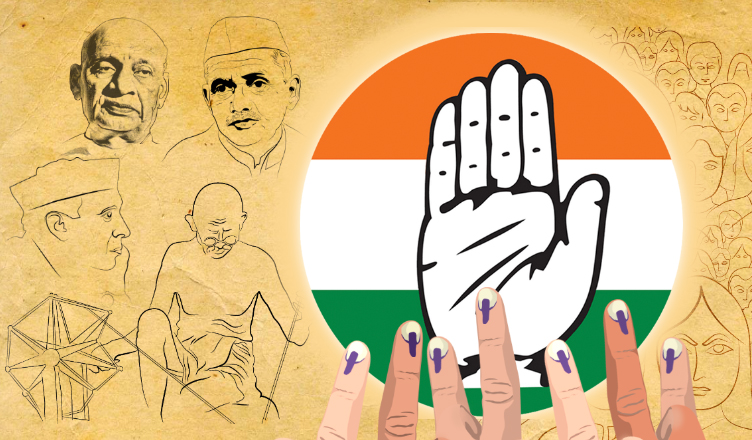 Citizens of the biggest democracy in the world have been witnesses to communal violence since the past few months. While the death toll is rising across the country due to riots between both sides of the Indian spectrum, the current ruling parties are absent. The silence of top leaders is deafening to the families who have lost dear ones, their homes or their livelihoods.

In light of such events, a Yale study comes to mind. Titled “Do parties matter for ethnic violence? Evidence from India”, the paper looks at elections in 315 administrative districts across the country between 1962 and 2000. After much analysis, political scientists at Yale came to the conclusion that electing Congress MLAs reduce chances of Hindu-Muslim riots by 32% before the next election.

Examining the effects of incumbent politicians on ethnic violence in their area, they also found that if Congress candidates lost all the elections that were close in their data set, India would have faced much more violence. Indian’s would have likely witnessed 10% more Hindu-Muslim riots would’ve been subjected to 46% more riot casualties over the 40 years that the study examines.

“The pacifying effect of Congress incumbency appears to be driven by local electoral considerations, in particular the party’s exceptionally strong linkages to Muslim voters during the period we investigate,” write Gareth Nellis, Michael Weaver and Steven Rosenzweig, all political scientists at Yale University. “Taken together, our findings point to a more important role for parties in developing democracies than existing scholarship tends to assume.”

How did they arrive at these conclusions?

To solve the question of the study, the paper’s authors adopted a close-elections regression discontinuity analysis to examine the probability of rioting and ethnic violence and how it’s related to political partisanship. The numbers study the probability after establishing a correlation between incumbent Congress MLAs and the decrease of ethnic violence, instead of indicating that there is a causal relation.

What effect does Congress have on riots?

The researchers of the paper studied if there is a change in the likelihood of riots depending on who the Congress candidate is up against or who might be in charge at the centre.

Regarding the first instance,  if the Congress effect changes if the candidate is up against an ethno-religious party like the BJP or a “secular” party like the Samajwadi Party, the results came out to be the same – the Congress MLA is likely to lower the chance of ethnic conflict.

“Taken in conjunction with the main result, our secondary finding that riots reduce subsequent Congress vote shares raises the possibility of a feedback loop or multiplier effect, whereby the outbreak of Hindu-Muslim violence causes Congress to lose votes and seats, which in turns leads to more riots, and so on in a vicious cycle,” the report concludes.

“Hence, this paper sheds new light on the puzzle of how democratic institutions have endured in India|the world’s largest democracy|against challenging odds,” the suthors write. “Democratic stability in divided societies depends not just on institutions or the nature of social cleavages, but on which parties citizens choose to vote into power.”