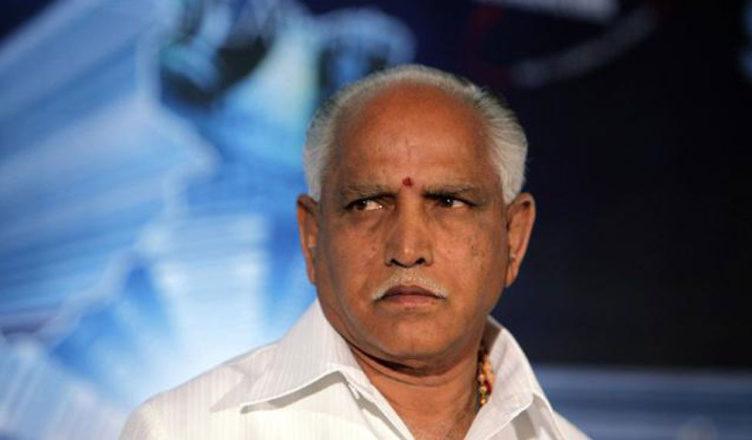 Shimoga (Karnataka): Evidence is building against former Karnataka chief minister B S Yeddyurappa and his family that the death of his wife, Mythra Devi, in 2004, was not an accidental case of drowning, as was made out by the police, but either murder or suicide.

The loopholes in the case have been mentioned in detail in a petition filed before the judicial magistrate first class (II) in Shimoga by a journalist-cum-advocate S Sheshadri.  The judge, based on prima facie evidence, directed the Doddapete police station in Shimoga, where the case was registered, to ”further investigate” the case and report to them by March 31.

Following this petition, Mail Today’s own investigation into the October 2004 incident, revealed that there are several questions in the alleged drowning, which do not co-relate with the ground reality. Mail Today has also uncovered some of the strained relationship between Yeddyurappa and his wife, and also with his wife’s family, that could be a motive for either murder or suicide.

Yeddyurappa, however, is confident that the original report of accidental death would hold up to scrutiny. He told Mail Today: ”If there is even an iota of truth in the allegations against me, let them come out.”

Verifying the claims made in Sheshadri’s petition, Mail Today visited the premises where Mythra Devi reportedly ”slipped and fell” into the underground tank, or sump, at Yeddyurappa’s residence in the posh Vinobanagar area of Shimoga. The first visible discrepancy, as Sheshadri also claims, is the size of the opening into which Mythra Devi reportedly fell.

As is evident from the photographs in Mail Today’s possession, Mythra Devi was a bulky woman, with a recorded height of 5.4 feet, while the opening to the 6 feet deep sump is a small one of slightly over one square feet. Photographs taken immediately after the incident occurred also show that this opening was the same size even then, and a woman of Mythra Devi’s bulk could not have possibly fitted into it.

The location of the house and the sump right in front of it, in the middle of a small street with houses all around, also casts doubts on how Mythra Devi could have accidentally fallen into the sump, without anyone realizing it.  All houses are within shouting distance.

Intriguingly, there is a witness statement by a neighbour Nagaraj, son of Krishnamurthy Rao, who stated that he had seen Mythra Devi walking around inside her compound (the sump is in the middle of it) between 6.45 am and 7 am on that day. As per statements, he is the last and only person to have seen her alive at that time. The statement says that Nagaraj saw her, then he went into his own house to do pooja and when he came out at 8.15 am, he saw her corpse lying inside the compound.

Nagaraj, whose house was diagonally opposite Yeddyurappa’s house, died approximately two years ago. But a family member, who did not want to be identified, said: ”He was very ill at that point and was bed-ridden. We do not know how he could have seen her. We are also not aware of this statement.”

The maid, Parvathamma, in her statement, has claimed that she went into the house at 7.30 am on the fatal day, saw that Mythra Devi was not there, searched all over her house, even went out on Mythra Devi’s regular walking route and did not find her. She also states that she later saw the bucket next to the sump opening, and then realized that Mythra Devi’s legs were visible inside the sump.

Mail Today has verified that Parvathamma had to walk past the alleged standing bucket and the open sump with another alleged bucket floating in it (there is little space between the compound wall, the house wall and the sump) to reach the house door. She could not have gone past without noticing either.

Sheshadri, who has alleged murder and a cover up by the police and the doctors at the behest of Yeddyurappa, who was opposition leader in the Karnataka legislative assembly at that point, has also provided motive in his petition. ”The 1st accused (Yeddyurappa) at that relevant point of time had a special deal with a lady who was also his party colleague. At around 11 pm on 15/10/2004, the 1st accused along with said friend came to his Vinobanagar house where his deceased wife Mythra Devi used to stay with their daughter,  2ndaccused (Aruna Devi). The 1st accused had a strong desire to marry the said woman. It is also a fact that his wife had been strongly opposing his desire and annoyed A-1. There were arguments between the husband and wife. ”

Sheshadri has alleged that Yeddyurappa ”lost temper suddenly and slapped the deceased who continued to shout and resist. Further, the A-1 fiercely continued to beat his wife until she agreed to his proposal. The deceased who was suffering from high blood pressure and other diseases suddenly collapsed complaining serious respiratory problem. The assault by the accused was so severe that she could not recover from the pain and stroke she suffered from  A-1. Mythra Devi died of asphyxiation around midnight, thus homicide.”

Mail Today has ascertained from Yeddyurappa’s official travel log maintained by the Karnataka Legislative Assembly secretariat that he was indeed in Shimoga on that day and travelled to Shikaripur later. Sheshadri has alleged that Yeddyurappa pleaded with his family members to back his claim of accidental death due to drowning to protect his ”political future.”

Aruna Devi, who still resides in the Vinobanagar house, told Mail Today: ”All of these allegations are politically motivated to ruin my father.  We have to contend with all this on top of the pain of losing our mother.”

Some questions with no answers: