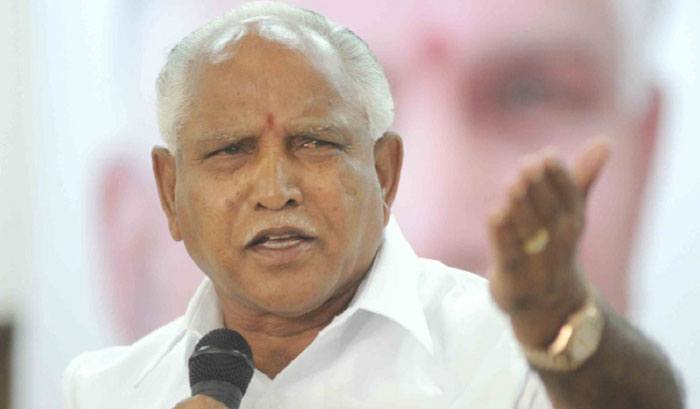 Shikaripura (Shimoga district, Karnataka):  The people of Shikaripura, the home town of Mythra Devi and the assembly segment represented by former Karnataka chief minister B S Yeddyurappa, speak only in whispers.

Nobody wants to be named on record, but they admit that Yeddyurappa, who came penniless from his village in Mandya  to Shikaripura to marry the area rich man Veerabhadra Shastry’s eldest daughter Mythra Devi, grew to dominate her and her family. They point out that Yeddyurappa today is a rich man with multiple properties in Shikaripura, Shimoga and Bangalore, while Mythra Devi is dead, her younger twin brothers are in mental asylums and their wives and children live in fear and isolation, in a house built by Yeddyurappa for which they don’t have papers.

Ripponpete Krishnappa, a former RSS worker, who managed Yeddyurappa’s fields in 1975-80 in Chennahalli near Shikaripura town, told Mail Today: ”I knew Mythra Devi very well and she would treat me like her brother. She was terrified of Yeddyurappa even in those days and would slink away quietly as soon as he turned up at home. He ill-treated her.”

Krishnappa further said that Yeddyurappa’s mother-in-law Gangamma had approached him a couple of times and pleaded for his intervention into their family affairs. ”I was working as a RSS activist and looked up to Yeddyurappa, so I didn’t really believe her or intervened. But she came to my shed in the fields twice and told me that Yeddyurappa tortured her twin sons and was trying to grab their property. She asked for my help. I wish I had done something, but I realized the truth too late,” Krishnappa said.

Another Shikaripura local, who did not wish to be named, but spoke to Mail Today in a recorded interview, said Yeddyurappa’s father in law, Veerabhadra Shastry, had put a notice in the papers in 1975, stating that he had given about three or four acres of land to Yeddyurappa as Mythra Devi’s  share in property. ”He had also stated that he was breaking off his relations with Yeddyurappa with this,” the local said.

But that was not the end of relations with Yeddyurappa for Mythra Devi’s family. The wives of the twin brothers Panchakshari and Shadakshari Shastry —  Vijayamma and Manjulamma – have given complaints in writing about Yeddyurappa’s harassment of them. The complaints in Mail Today’s possession are written in Kannada. Ranging from 1996 (when Yeddyurappa first became opposition leader) to 1998, they make chilling reading.

A letter, handwritten and signed by the two women to the Shikaripur sub inspector on 13/4/1997, pleads for protection. The letter says: ”Around 4.30 pm today, Yeddyurappa kicked open the front door of our house and screamed abuse at us and our children. He told us you have not seen the other face of Yeddyurappa. He said he will burn us alive and even Yama cannot save us.  We are terrified for our lives and request you to give all the members of our family protection.”

In another letter, they stated: ”After our marriage to Panchakshari and Shadakshari Shastry, we had two children each…. Yeddyurappa then dubbed our husbands as mad and had them admitted to mental hospitals…. After our in-laws died, he attempted to outrage our modesty in filmy style…. After our husbands were hospitalized and the property made into our names, he beat us, brought a sub-registrar to our house and forced us to sign several papers and has grabbed our father-in-law’s property.”

In almost every letter, they give details of how the property has been grabbed. They also allege that Yeddyurappa pushed their husbands, who were mentally weak, but not mad, into asylums to take advantage over them and their property.

The two women had also filed a case in the Karnataka High Court against Yeddyurappa, but were ”persuaded” to take it back, according to a journalist who helped them. When Mail Today tried to speak to the two women, they declined to speak. The journalist said that even the letters and complaints that the women gave to the police and the authorities over the years were consistently not registered by the local police and no one took any action against Yeddyurappa.

”After some public outcry, Yeddyurappa built a house on one of his father-in-law’s various properties and the women are living there now. He also did pay for the higher education of their children. But they are all browbeaten. They do not have the house papers or any regular income. They are constantly watched and everybody is scared to talk to them or help them. They live in fear still,” the journalist, who also agreed to be recorded but did not want to be named, said.

Locals admitted that Panchakshari and Shadakshari were mentally challenged, while Mythra Devi was also on psychiatric medication in the last few years of her life. A report from the Karnatak Institute of Mental Health, Dharwad, on Panchakshari, in 1995, said: ”He is suffering from chronic undifferentiated schizophrenia with personality disorientation.” The report, in Mail Today’s possession, does not state that he needs to be institutionalized, but just says: ”He is unable to manage his affairs independently. The said patient requires regular medication and constant supervision to manage his affairs.”

Panchakshari and Shadakshari have been constantly in mental institutions from 1995 till date. The wives and the children have also lost contact with them. The local said that there were allegations that Yeddyurappa had performed ”black magic” with lemons and pushed the two brothers from being mildly challenged to severely challenged.

Yeddyurappa’s son and his representative in Shikaripura, B Y Raghavendra, pooh-poohed the allegations. He told Mail Today: ”All this has been investigated earlier and found false. We have actually increased the property of our mother’s relatives rather than grab it.”