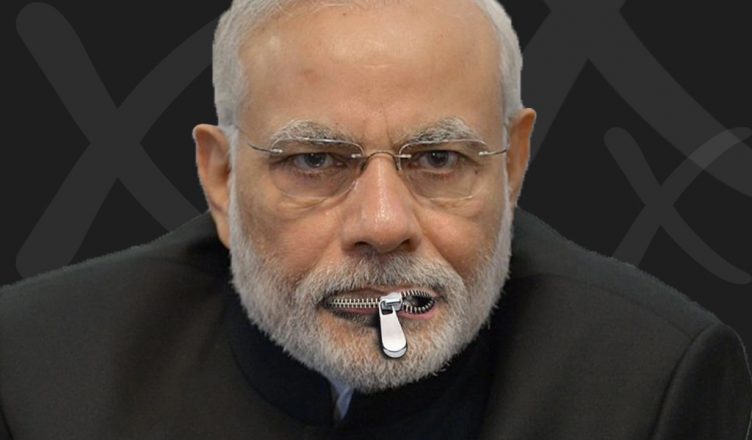 Narendra Modi’s record of not addressing an open press conference since he took charge in 2014, not even once during the pandemic indicates how much he fears answering the public. Even by his standards (or the lack of them), the silence over China’s aggression at our borders is astounding. No leader in any part of the world would be silent when over 20 of its brave soldiers are martyred defending the motherland from belligerent neighbours.

The PM must fulfill his duties and respond to people’s questions. He must explain why India face’s so many crises, and the Indian army, so many deaths, at regular intervals. He needs to explain the outcome of his foreign trips—he has visited China the most number of times as the PM. Only a few months ago he gave the impression that Sino-Indian relations are cordial despite the Doklam standoff—which was never clearly explained to the country either.

Modi is largely a creation of the media, and a false one at that. He made several efforts to extend the false image to the world to project himself as a global leader. In doing so, he often compromises the nation interests of India. In 2015 he claimed that though ‘China has a different social media structure, he is still active in that country and communicates with the people of China.’

However, the reality is that Narendra Modi remains the most clueless Prime Minister India has had to cope with. His administration is focused on Modi’s pet projects that they are blind to see the realities. This is clear that on the day that our soldiers were killed by china—June 15th—the Indian embassy in China was tweeting videos of Yoga! And even when the opposition cautions him, Modi refuses to see the reality. This has been the case in handling Covid-19 and goes all the way back to the days of demonetization where Modi took unilateral decisions which eventually destroyed the Indian economy.

The deadly combination of incompetence and arrogance of Narendra Modi’s administration is damaging India. He must realize that he is not an individual but the Prime Minister. He is answerable to the people why he has failed miserably and regularly. Why have there been massive intelligence failures, whether in Pulwama or the BJP government’s latest failure in Gilwan valley. Previously undisputed areas are now seeing conflict and India’s neighbours are now largely on China’s side. Even long-time friend Nepal has openly sided with China and we now have territorial disputes with the country.

The Prime Minister must explain. The media too must shun its partisan approach and demand answers—not from the opposition but from the government. In fact, every Indian must seek answers from this government. How did so many of our soldiers die? Who is responsible? What is the government’s response going to be? Why is it not consulting the opposition and taking the country into confidence? There are many questions that need to be answered. And Narendra Modi cannot hide anymore. If he doesn’t have the courage he needs to go.