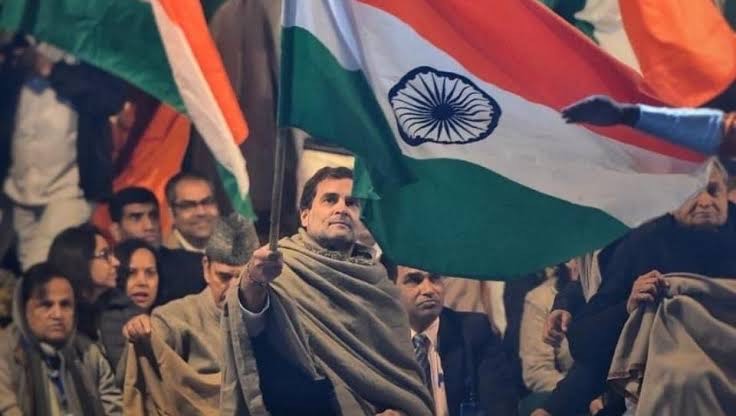 Since the Lok Sabha elections of 2019, a lot has changed in the Indian political playground. For over half a year, the Global pandemic has been affecting the lives of millions around the country. However, one leader stood out of the queue. He ensured that the analytical views pertaining to the potential economic crisis and massive unemployment must be indicated. He claimed that the leadership must brace itself by coordinating with the bureaucratic apparatus.

Rahul Gandhi has emerged as a rigid wall against the authoritarian policies of the government. He has not been hesitant in expressing his views on the depleting economy or crafting an alternative for the deprived sections. Not only that, he has also become the voice of India and has been showcasing the plight of the migrant workers. The political spectrum consisting of the media especially with its digital outreach has not spared India’s principle opposition leader in downgrading his profile and image.

Each time the leader questioned the government regarding the rising tensions of the Sino-Indian relations in the Galwan Valley, or advocating the demands of the youth and their concerns regarding their exams, he was ridiculed. The ruling dispensation has been ignoring the causes that are vitally crucial for the future of this country in the academic and the geo-political context.

Since his arrival at the mainstream political canvas, Rahul Gandhi has been painted with the ugliest colors. Yet, the man remained determined to speak for unheard masses, while many of his views are turning out to be prophetic. In a world where leaders are shying away from answering on the deteriorated state of the informal economy and the way ahead, he is a leader who is presenting holistic interventions regarding the same.

Another strategic plan to outcast the leader is pushing the narrative of drawing false equivalences with his lineage. As soon as there are critical questions about the actions taken at the Border and the absence of a clear visual of a strategic communication, the establishment prefers to speak of all that was wrong with the political diplomacy at the time of Nehru, which instills the feeling of negation among those who haven’t read about the first significant war with a nation which had a global footprint in 1962.

On the other hand when the current regime is criticized for dismantling the institutions, patronizing the media and digital communication system, lobbying with the corporates for extracting wealth to disturb the electoral structure of the state governments, inciting a sense of fear among the already alienated segment of the country – the minority and the rising culture of caste based violence showcases the authoritarian character of the BJP, but despite answering about it, it prefers to take you back in the days of emergency.

What needs to be understood is that ‘’Two wrongs don’t make a right’’ and the ‘Emergency’ was a precise period of the two darkest years which undoubtedly created a havoc, fear and the sense of association with the statehood was lost.

The democratic ideals of a progressive nation, had faded then, but presently what can be observed that here is a systematic suppression of the most basic yet noteworthy fundamental right in the constitution – ‘the liberty’, it’s the facet of democracy that rises from the concept of humanism, and India with its rich civilizational history cannot afford to lose the grip of liberty, its liberty that offers you the right to live, think and propagate.

All our endeavors are indirectly dependent on the liberty each one of us have, a state that curbs the right of religious freedom, or interferes with your dietary preferences, or tries to influence your space in the social strata on the basis of your caste, it could be a powerful government, but it wouldn’t ever sustain as a thriving democracy.

We must not forget that the majority of India lives in villages. With the unemployment rising over the alarming parameter, it also consists of the unemployable youth which reasonably becomes a threat to a prospering social order. The union of these categories can potentially lead to frustrating outcomes, such as rise in domestic crimes, especially affecting the tier II cities, many of its repercussions can be seen in rural areas where the crime rate has risen.

It has been more than a year, since the Bharatiya Janta Party received an overwhelming mandate from the people across the country transcending states of different ideological compasses, with the promise of delivering a ‘development-oriented-governance-system’ which is inclusive by adding the layer of ‘Sabka Vishwas’ in its much advertised slogan of ‘Sabka Saath, Sabka Vikas’. In the aftermath of 2019 elections we have seen a drastic shift in the style of governance, paced by law-reforms affecting the various layers of social strata.

The nature of segregation continued when the Hon. Home Minister announced the implementation of the Citizen Amendment Bill which was passed through the houses of parliament. Now an Act, the CAA threatened the undocumented, poor and second largest populous religion of the country by excluding them in the draft and later the final document of the law the National Register of Citizens. A large part of the population spread all across the country on streets in protest of the law citing it un-constitutional, especially the students and women belonging to different castes, creed, religion, ethnicity stood with the message of unity. The law required the people, proof of their birthplace in order to claim allegiance to their nationhood, many political analysts observed that the law was designed in order to systematically demoralize the minority.

Rahul Gandhi and his idea of India is reflected in his speeches, and conversations differs fundamentally from the many ideas proposed by his lineage. Here is a man who talks of hope in the times of despair, who speaks bravely of an ideal tolerant society, who understands and respects the opinions of the marginalized, who believes in the creative freedom of an individual, who thinks colonial laws have no place in a progressive society, he believes in empowering the poorest lives by a scheme that sustains their basic livelihood. He believes in modernizing the scientific institutions of the country which still run in the older paradigms, Oh yes he might not have been the sharpest politician, but he is surely empathetic, analytical, socially aware and a rationally progressive Indian.