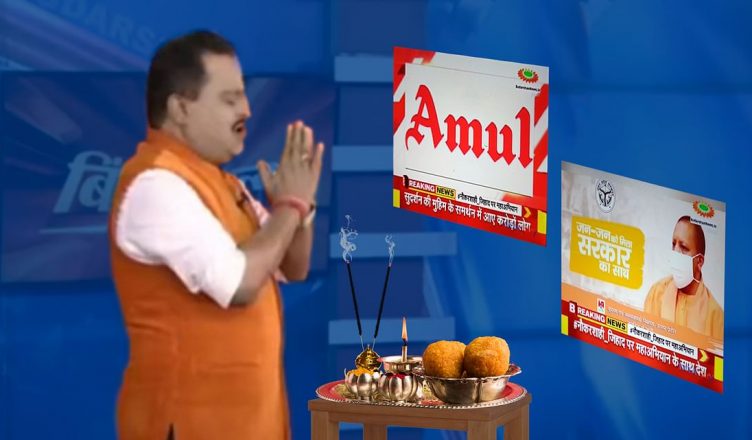 Ever wondered, why controversy surrounding Amul has suddenly erupted?While it surfaced overnight, to fully understand this, one must delve a little deep in to the Amul story.

Dr. V Kurien the “Father of the White Revolution” in India,was a social entrepreneur whose “billion-litre idea”, Operation Flood made dairy farming India’s largest self-sustaining industry and the largest rural employment sector providing a third of all rural income.

Under the Congress rule of Shri Jawaharlal Nehru, Shri Lal Bahadur Shastri and Smt. Indira Gandhi, India came out of shadows of Centuries of Mughal Raj, British Raj and the painful bloodshed of partition, to become a highly progressive country. Out of the many, two game changing revolutionary steps were undertaken under the capable leadership of two legends, Dr. V Kurien & Mr. M. S. Swaminathan, which became immensely successful –one the White revolution in Indian dairy sector headed by Dr. V. Kurien and the second, The green revolution headed by Mr. M. S. Swaminathan.

Dr. Kurien pioneered the Anand model of dairy cooperatives and replicated it nationwide, based on various “top-down” and “bottom-up” approaches, where no milk from a farmer was refused and 70–80% of the price by consumers was paid in cash to dairy farmers who controlled the marketing, procurement, and processing of milk and milk products as dairy owners. An invention at Amul was the production of milk powder from buffalo milk instead of from cow milk, which was in short supply in India

After Modi came to power In Gujarat, his first priority was to go after money. In early 2000’s, Dr. V. Kurien started to face dissident from one of his own protégé, Amrita Patel. She is the daughter of Hirubhai M. Patel, who was a fervent admirer of Vallabhbhai Patel, and a critic of Jawaharlal Nehru.

Dr. Verghese Kurien’s was a no nonsense person who would have never toed anyone’s line. So the best option was exercised, he was unceremoniously removed from GCMM in 2006, when Modi was the CM of Giajarat, to clear the path of taking over money bags, cash rich cooperative. Dr. Kurien was insulted, humiliated & sidelined.

The octogenarian’s friend-turned-foe Amrita Patel was onto its board as a “special invitee.” The seemingly “backdoor entry” was made in the face of legal wrangles which disallow, in the interim, induction of co-opted members.

Though everyone saw this coming, there is a feeling of discomfort among the fellow board members regarding the perceived favoritism which had started at GCMMF.

Dr. Kurien has had differences with Amrita Patel on the direction she was taking cooperative dairying—by solely focusing on production and yield targets through corporatization and competition at the expense of weakening the cooperative institutions of the country.

Dr.V Kurien resigned from the position of GCMMF Chairman in 2006 after dwindling support from new members on the governing board and mounting dissent from his protegés backed by political forces desperate to make inroads into the cooperative dairy’s district unions.

The corporatization and privatization is not new to Modi and at AMUL, Gujarat Cooperative Milk Marketing federation (GCMMF), marketing no longer remaining with the farmers’ cooperatives and was being handed over to private or corporate interests, as that would mean foregoing the ability to determine the price to be paid by consumers, the quality of the produce to be offered to them, and losing the “lion’s share” of the money paid by the consumer to these Corporate entities.

GCMMF, controlled by the BJP, has a turnover of Rs. 38,542 crores with a market capitalization of Rs.52000 crores. It’s no rocket science to understand why AMUL is supporting / financing the agenda of BJP, and why BJP is so keen to control this money making institution.

This is one of the many examples as to how Congress with its vision & commitment has been building Institution after institution, the NAVRATNA PSU’s, Hospitals in all sectors of national importance, but BJP has a single agenda, discredit CONGRESS, takeover everything & monetize it by selling them to their friends.

But, the wheels have turned at AMUL, the Congress team is re-elected back at AMUL.

It raises a pertinent issue, who is selling India? Who is not interested in building the nation? Whom does it make & make which party anti-national party – Bechate Jao Partner.