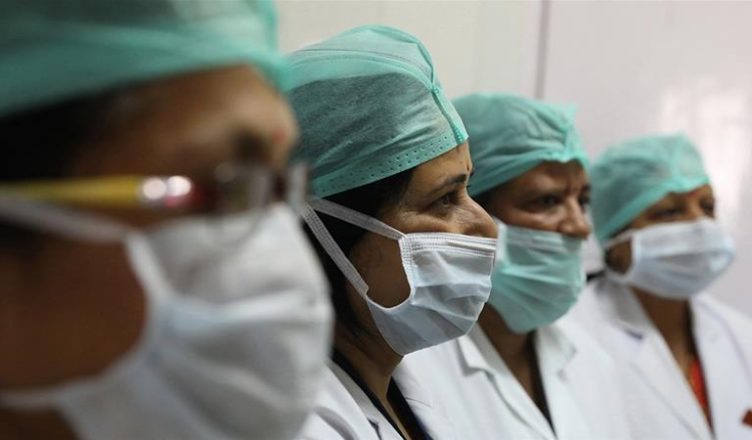 Even as the Coronavirus pandemic continues to rise in India unabated, the BJP government appears to have completely abandoned public health in India. While India breaks its own record of the highest number of infections and deaths every day, the government has nothing to say or do about it.

Only the health minister Harsh Vardhan has spoken about it in recent weeks. And that too when he conceded that the Coronavirus cannot be taken lightly—he had mocked Congress leader Rahul Gandhi for cautioning the country about the magnitude of the problem before the outbreak.

As a result, across the country the BJP’s mismanagement is causing and deepening several problems. The Prime Minister who had earlier claimed that the pandemic can be overcome in 21 days and called for people to clang utensils and for hospitals to be showered with flowers—including using the Indian Air Force to do so at massive financial costs—has gone completely silent on how his government intends to face the pandemic. Despite the grave danger that India is under on numerous fronts including Chinese aggression and the unabating pandemic, the Prime Minister thought it fit to share trivial videos of him feeding peacocks in his residence.

What is particularly worrying is that as the cases rise, the testing has decreased—which gives people a false sense of security. Further, India has not been able to flatten the curve and there is no discernible plan that the government has. The media too isn’t questioning the government. The BJP is ducking from questions knowing fully well that its guilt will be exposed to the public—this is perhaps the reason the BJP cancelled the question hour.

The utter failure of the BJP is putting the lives of people at risk multiple times. India reported the first case of reinfection when a 27-year-old man from Bangalore who had earlier been discharged after recovery in July, tested Covid-19 positive again. There have been several instances of reinfection reported from other parts of India like Telangana and Maharashtra.

With the BJP completely abandoning India in the midst of the pandemic, there is mayhem across the country. There is scant respect for people both in life and in death. In Meerut, the corpse of a person who died due to Covid-19 was handed over to another family which had cremated it. This isn’t the first case as a similar case was reported from the AIIMS earlier.

Even the healthcare workers whom the BJP administration supposedly honoured by showering flowers a few months ago are not safe. Not only do they put their lives in danger as they are not supplied with adequate protection equipment, they also often face threats from the BJP government’s administration. For instance, in Haryana, when healthcare workers went to a Police Officer’s residence to put up a quarantine notice in accordance with the protocol, they were resisted by the officer who threatened to shoot them.

And yet, the BJP has not deemed the pandemic critical enough to be fought unitedly. It is neither able to protect the economy as India’s economy contracted by -24% which is the worst in the country’s history. The BJP appears more anxious about the “dislikes” that the Prime Minister is receiving on social media and is busy ensuring people do not express their dissent even via the innocuous “dislike” buttons across various social media platforms.

India’s biggest problems are now the pandemic, the contracting economy and perhaps the biggest of them all—an incompetent and arrogant BJP government!