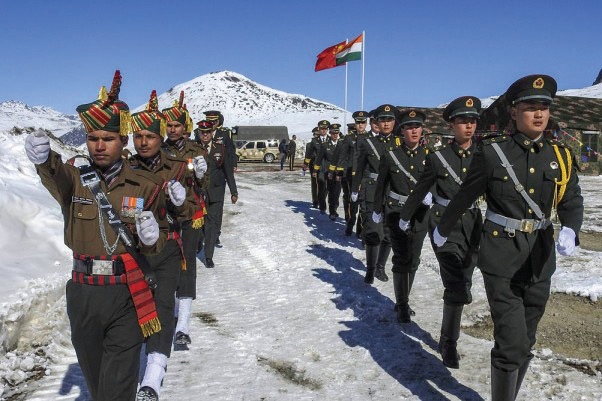 As the monsoon session will commence, the BJP must tell India clearly what the real situation on our frontiers with China truly is. The government must explain to the opposition and the nation what it plans to do to deal with the increasingly belligerent Chinese. There are reports that since May this year, Depsang, Gogra-Hot Springs, Galwan and the north bank of Pangong Tso, which are within the LAC, are practically not in our control.

The Chinese have once again become aggressive since last week in Eastern Ladakh and for the first time in 45 years, shots were fired in the region. Indian External Affairs Minister S. Jaishankar met the Chinese officials in Moscow on Wednesday to ease the situation. The outcome of the meeting was a 5-point consensus which is very generic—the summary being that the two sides will solve the issue through dialogue and in adherence to existing agreements and protocol on the India-China border relations. While the Indian side announced the 5-point consensus, the Chinese have not stated anything publicly.

This is déjà vu, as similar ‘consensus’ has been arrived numerous times in the past six years. And each time the trust is broken with the BJP led government being clueless on how to deal with the Chinese, despite the BJP having a party-to-party understanding with the Communist Party of China. The BJP led government is at best reactionary in its approach and is unable to come up with an efficient strategy. This is perhaps because the BJP doesn’t want to admit to its weakness and hence merely denies that a problem exists.

The last time the Prime Minister addressed the opposition, he flatly denied that any foreign power has entered Indian territory, thereby giving the Chinese further diplomatic ammunition as they now quote the Indian Prime Minister to claim that they are not the aggressors. In a bid to protect the BJP’s image, India’s territorial integrity is being compromised. The Chinese have probably understood that the BJP would do anything to protect its image and cover-up its failures and thus they have chosen the most opportune moment to consistently attack us—the other factors being India’s weakened economy and loss of international clout due to the BJP’s flawed policies.

That’s probably why the question hour has been done away with for this session, as the BJP is afraid of answering tough questions. With the media on their side, they know that it is only the opposition parties led by the Congress which will question the government and voice people’s concerns.

This is an extremely dangerous practice and all patriotic Indians must question the government and seek answers. The government is answerable to the people and it must engage with the opposition. What we need to collective protect is India’s territorial integrity, as well as democratic traditions. We need to protect India—not the BJP’s image!