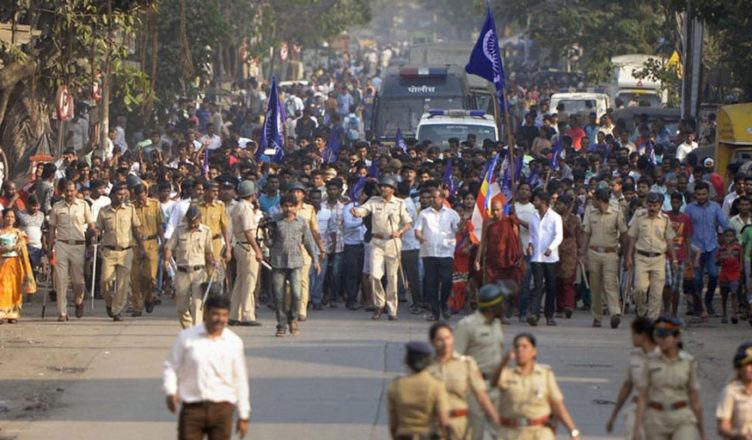 A day after one person was killed in clashes between suspected Maratha groups and Dalits near Pune while celebrations were underway to mark the 200th anniversary of the battle of Bhima Koregaon, violent protests erupted in Mumbai, Pune and other cities across Maharashtra.

Analysing the series of event, Congress President rightly tweeted that it was the RSS-BJP’s vision to see that Dalits stay at bottom.

“A central pillar of the RSS/BJP’s fascist vision for India is that Dalits should remain at the bottom of Indian society. Una, Rohith Vemula and now Bhima-Koregaon are potent symbols of the resistance,” the Congress President tweeted yesterday.

Following Gandhi’s tweet, AICC general secretary in charge of Maharashtra, Mohan Prakash claimed that wherever the BJP is in power, the supporters of the party and RSS execute such actions when events related to Dalit pride are organised.

Many Congress leaders have also claimed that the ones who pelted stones at Dalits were carrying saffron flags in their hands.

They also alleged that the Maharashtra BJP government wanted to create a “Dalit vs Maratha standoff” to trigger a Maratha consolidation.

A political colour was added to the incident with Dalit leader Prakash Ambedkar announcing a Maharashtra bandh on Wednesday. Various Left parties as well as Maratha community outfit Sambhaji Brigade have supported his bandh call.

Presently, the state is experiencing a halt with protesters halting communication services and internet services being suspended at some places.

Meanwhile, security has been beefed up outside Delhi’s Maharashtra Sadan in the wake of the same.